Raw vs. Pasteurized Milk: How Many People Got Sick? 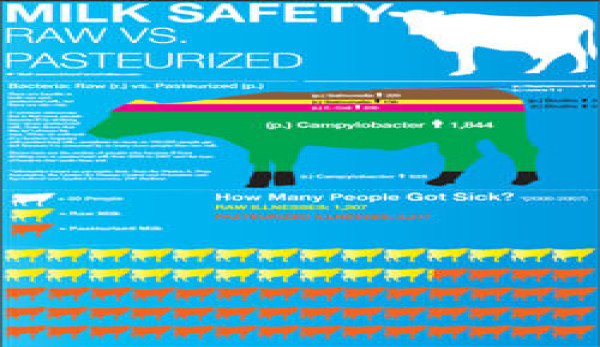 The debate between raw milk and pasteurized milk is divided between science, politics and personal history. While many people believe that raw milk is more nutritious than pasteurized milk, others contest that the risks of getting sick from raw milk outweigh the nutritious benefits.

Data taken from the Weston A. Price Association, Centers for Disease Control and Prevention, and Agricultural and Applied Economics at the University of Wisconsin-Madison shows the number of people who became sick from drinking either raw or pasteurized milk during 2000 to 2007. Download this infographic to see the results, as well as the types of bacteria that caused the illnesses. 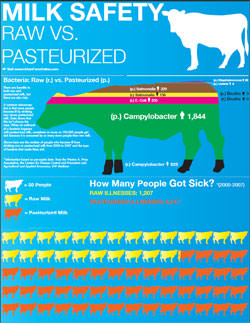