This isn't the stuff of Hollywood, folks! 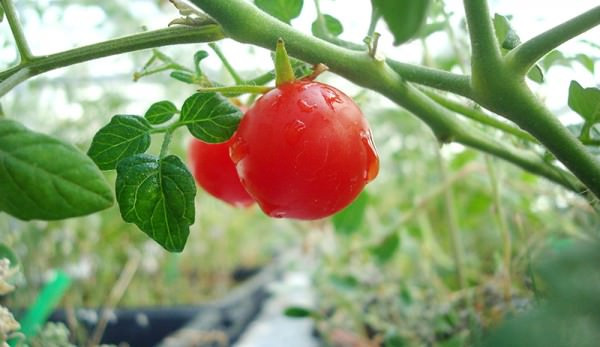 We’ve all seen the movieĀ The Martian, right? If it wasn’t Matt Damon himself who got you in the movie-theater door, it wasĀ the idea thatĀ his character, Mark Watney, set up an amazing system of growing potatoes on Mars so that he could survive living alone, deserted, on the Red Planet. The gardener in all of us was captivated.Ā But if you, like my engineer fiancĆ©, thought this was the stuff of fiction, well, I’ve got news for you.

This week, Dr. Weiger Wamelink, senior ecologist at Wageningen University & Research in The Netherlands, presented his groundbreaking research that gives usĀ hope that food can actually be grown on Mars.

Now, if you knowĀ anything about Mars, it’s that it’s anything but conducive to farming.Ā It’s coldālike really cold. There’s little to no air. And the soil is exposed to cosmic radiation, meaning it contains high levels of heavy metals, like iron, cadmium, chrome and lead. And you thought growing tomatoes on your farm was challenging.

Well, as Wamelink has now told the world, he has succeeded in growing tomatoes using a Mars soil simulant. And radishes, peas, green beans and potatoes, too. In fact,Ā he’s grown a total of 14 different crops using this unlikely growing medium.

“I had very low expectations of the Martian soil,” Wamelink said in a presentation to Mars One, the nonprofit that plans to send one-way crews to Mars for permanent settlement starting in 2026.

Much to his surprise, the cropsĀ not only germinated, but many of them produced flowers, seeds and fruits.

The crops were grown inside a greenhouse similar to what would be erected on Mars, and irrigated with water (because water is available on Mars in the form of ice). Because no pollinators exist on Mars, Wamelink and his team hand-pollinated the crops, though he thinks there’s possibility for bumblebees to be shipped to space. (The bees go through a hibernation period; thus, they would sleep during the planet hop, and then wake up refreshed to get to work. This is his theory at least.)

The bulk of his research in 2016 will be on testing these successfully grown vegetables for their food safetyāi.e., making sure there are no high heavy-metal levels that could make someone sick. So far, tomatoes, radishes, peas and ryeĀ are deemed A-OK. If all goes well for the rest, which he seems optimistic about, a group of VIPsĀ will soon get to feast on the fruits of his labor.

While Wamelink says the current research has only been on annual food crops, he wants to eventually add fruit and nut trees, strawberries, and lupin (a high-protein bean that could be used as a meat replacement) to the mix.

But why even bother growing food on Mars, you ask? Well, because Martians like it local, too! (And most fruits and veggies aren’t going to last theĀ six-month shipping time.)