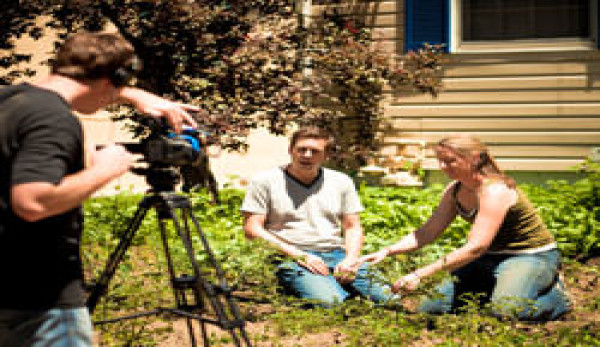 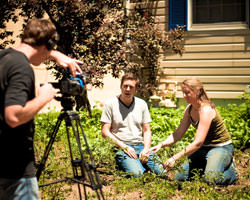 Until recently, Rodman Schley appeared to be your typical urban entrepreneur, leading business meetings with a Starbucks cup in hand and navigating the streets of Denver in his BMW convertible. These days, however, Schley is getting to know some anything-but-typical neighborsāfolks who have made sustainability a way of lifeāas he tries to reduce the size of his own carbon footprint.

His reeducation is being caught on camera in The Urban Conversion, a documentary series Schley is producing with Timothy Nyman of Denver-based production studio Blue Fusion. Billed as āan urban homesteading guide for dummies,ā the series follows the self-proclaimed conservative city-slicker as he engages in what he calls āextreme greenā urban-farming experiences, often with hilarious results.

Schleyās wife, Gina, was the impetus for the show.

Wanting to move beyondĀ composting and backyard gardening, Gina gave her husband two choices: Buy a farm in the country or bring the farm to the city. Rodman opted for the latter, and the series documents his learning process as he turns this urban-farming dream into reality.

In The Urban Conversion‘s pilot episode, Schley (ineptly) milks aĀ goat and cleans out theĀ chicken coop at Sundari Kraftās Denver backyard farm. A video on the showās YouTube channel documents Schleyās trip to Colorado Aquaponics, where he discovers the ins and outs of another form of urban farming.

Schleyās goal is to have the ultimate extreme-green lifestyle. Currently, heās collaborating with Moss Owl Studio to build what he calls āthe perfect urban homesteadāāone that is āas extreme as possible.ā The homestead is more than just a project, he says: āItās a home that Iāll be building for myself and my family.ā

Thanks to The Urban Conversion and the homestead project, Schley says his young daughters, Sophia and Cecilia, will know a completely different childhood from the one he experienced.

Even though the Schleys will be taking green to the extreme, Rodman says even casual environmentalists can learn from The Urban Conversion.

The Urban Conversion will feature urban farmers from across the U.S. and is still looking for a network to call home. (Schley and Nyman began pitching the series to TV execs in late 2010.) In the meantime fans can follow Schleyās extreme-green adventures on Facebook,Ā YouTube and on the show’s website.