Your best cup of joe might be made with gleanings from the chicken coop. 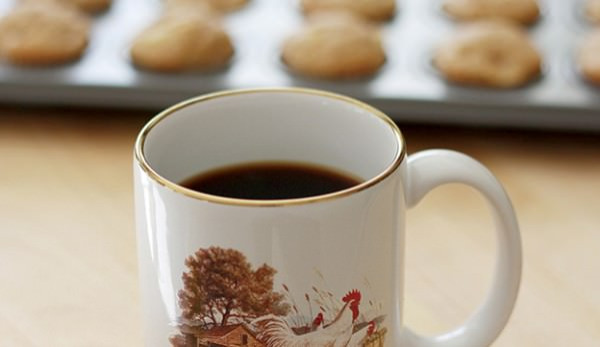 Swedish egg coffee is a unique Scandinavian-American tradition from the days before Keurig coffee makers. Itâ€™s a concoction beloved by many ladies in church basements throughout the Midwest: a mixture of coffee grounds and a beaten eggâ€”shell and all. Itâ€™s said that the egg and shell clarify the coffee and make it less bitter.

The website Talk About Coffee explains that the proteins in the egg bind with the acid in the coffee to neutralize it. It doesnâ€™t change the flavor of the coffee, but it makes it super smooth and wonderful.

“Every morning, my grandmother made her Swedish egg coffee: a quarter cup of Folgersâ€” thatâ€™s what Mrs. Olson recommendedâ€”mixed with an egg white and the shell thrown in for a little calcium. The egg clings to the grounds, so when her concoction was poured through a simple strainer, the result was a perfectly clear cup of coffee. Swedes like her further diluted it with thick cream, whereas Norwegians always wanted it black.â€ť

According to Dregni, Scandinavians drink the most coffee of anyone in the worldâ€”at least 18 pounds per person per year.

In a medium bowl, crack egg and crush shell; add coffee grounds and 1/3 cup water. Mix into a paste.

In a large pot, bring 8 cups of water to a boil. Carefully add paste to boiling water. (Itâ€™ll foam a little bit, which is normal.) When the boil returns, turn off heat and remove from stove.

As the hot water cooks the egg, the coffee grounds will clump and float. Let it sit for six to seven minutesâ€”longer for stronger coffee. Pour through a fine mesh strainer into a large coffee pot. Discard the solids, and enjoy!