Photo by Judith Hausman Winter squash, such as butternut squash (pictured), goes well in this vegetable pastry. This weekend we went to visit some farmer friends in the Pioneer Valley of Massachusetts. This rich agricultural area on either side of the beautiful Connecticut River has managed to preserve its agricultural traditions and an encouraging atmosphere […] 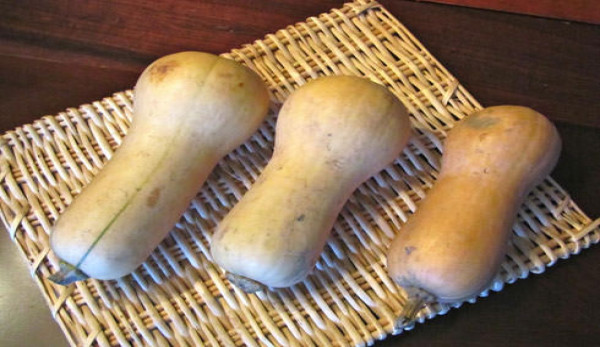 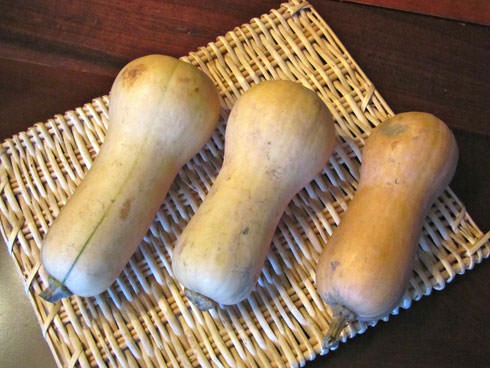 Winter squash, such as butternut squash (pictured), goes well in this vegetable pastry.

This weekend we went to visit some farmer friends in the Pioneer Valley of Massachusetts. This rich agricultural area on either side of the beautiful Connecticut River has managed to preserve its agricultural traditions and an encouraging atmosphere for young farmers. The Valley is also home to several well-known colleges, which enliven the towns and the population.

Our friends at The Next Barn Over sent us home with a trunkful of vegetables from their 30 acres. Their 500-member CSA was closing in on their last distribution.

This vegetable pastry recipe is tremendously flexible. The vegetables can vary, the cheese can vary, the method can vary and even the pastry can vary. Choosing to roast the vegetables does allow you to cook a lot of vegetables at once, keeping some for other meals. It also draws the water out of them, which both sweetened them and also keeps any pastry crisper and at less risk of becoming soggy. Iâ€™ll walk you through two versions, usingÂ winter squash or Brussels sprouts, but the same formula will work with potatoes, beets, leeks, peppers or eggplant.

Peel, de-seed and cut the squash into 2-inch chunks, toss with 2 tablespoons olive oil and roast it at 400 degrees Fahrenheit for 15 to 25 minutes or until soft. OR split it, de-seed it, oil the cut side and place it on a cookie sheet and bake at 350 degrees for 30 minutes or until soft. OR microwave the unpeeled whole or the peeled, chunked squash on a baked potato setting. In these last two methods, then scoop out the cooked squash, leaving it chunky. OR peel and de-seed it and grate the squash in a food processor and sautĂ© it in 2 to3 tablespoons olive oil until soft.

Cut the onion in thin slices. Toss them with 1 tablespoon olive oil and roast them on a separate cookie sheet (because they will take less time), add them to the sautĂ© of the other vegetables or caramelize them in a separate pan by cooking them over low heat in 2 tablespoons butter for 15 to 25 minutes.

Then roll out either the puff pastry into a rectangle or the pie crust into a circle on a silicone baking sheet or a piece of parchment paper. Pre-heat the oven to 400 degrees. Spread the onions on first, leaving about a 1-inch border. Then put either the squash or the sprouts on top and dot or sprinkle with cheese. Season to taste. Fold up the edges of the puff pastry or crimp up the pie crust around the ingredients. You can brush on a little water to make the folds stick to one another or a little egg white to make the edges shiny. Thyme or sage is nice additions to the squash version; walnuts or almost-crisp cooked bacon are good additions to either.

Bake at 400 degrees for about 15 minutes or until either pastry has browned and the cheese has melted.