Not all famous cats are like Simon and the other seafaring cats I blogged about before. Some are like the cats in the Guinness Book of World Records. 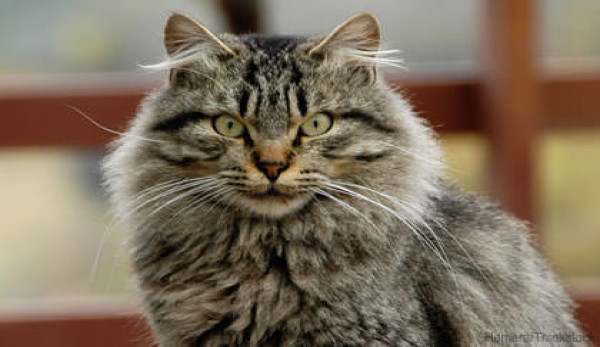 Not all famous cats are like¬†Simon and the other¬†seafaring cats I blogged about before. Some are like the cats in the Guinness Book of World Records.

The first edition of the Guinness Book of World Records was published in August 1955. It became a British bestseller by Christmas. Since then, it‚Äôs been updated annually. It briefly describes the biggest, littlest, oldest and oddest of just about everything on Earth. It doesn‚Äôt, however, record things the company thinks encourages bad behavior, such as the world‚Äôs fattest animals, because someone might fatten their pet to break a Guinness record. Still, there are lots of cats who have achieved Guinness World Records.
¬†
According to Guinness, the oldest cat that ever lived was Cr√®me Puff, born on Aug. 3, 1967 and who lived until Aug. 6, 2005. She was 38 years and 3 days old. Cr√®me Puff belonged to Jake Perry, a retired plumber from Austin, Texas, who also owned the previous record keeper for oldest cat, a hairless male¬†Sphynx cat named Grandpa‚Äôs Rex Allen. According to¬†Cat Fancy magazine, Grandpa had bacon, eggs, broccoli or asparagus, and coffee with cream every morning for breakfast.

Mymains Stewart Gilligan, a black silver tabby Maine Coon cat, aka Stewie, is the Guinness World Record holder for world‚Äôs longest cat, measuring from nose to tip of tail a full 48¬Ĺ inches. Stewie holds two Guinness records; the other is for having the longest tail, 16.38 inches long.

The smallest living cat is Fizz Girl, a 2-year-old female¬†Munchkin cat owned by Tiffani Kjeldergaard of San Diego. Fizz Girl measures 6 inches from the floor to the shoulders and weighs 4¬ľ pounds. The smallest cat on record was a male blue point Himalayan–Persian mix named Tinker Toy, who measured only 2¬ĺ inches tall and 7¬Ĺ inches long when he was 2¬Ĺ years old.¬†

Cats with extra toes are called polydactyl, or sometimes Hemingway, cats. Normal cats have 18 toes‚ÄĒfive on the front paws and four on the back‚ÄĒbut Jake, a male ginger tabby cat from Ontario, Canada, has 28 toes‚ÄĒseven on each paw‚ÄĒeach with its own claw, pad and bone structure.

Peter and Carole Godfrey, of Great Britain, rescued a kitten they named Smarty from a gutter in Cairo, Egypt. She died in February 2007 at age 17, having earned the Guinness records for the most number of times a domestic animal has been quarantined and the most number of flights by a cat. Her 40th and last quarentine was in Larnaca, Cyprus, after her 79th flight from Cairo.

The most expensive cat was a rare Californian Spangled cat, who sold for $24,000 in January 1987.

And world‚Äôs wealthiest cat is a British cat whose owner bequeathed his ¬£7 million ($12.5 million) fortune to Blackie, the last surviving of the 15 cats he shared his mansion with.