Audrey Pavia’s blog – Red Goes Home – Urban Farm OnlineAudrey Pavia, red, quarter horse, giving up my horseLast month, I wrote about my decision to give up my 22-year-old Quarter Horse, Red, due to financial issues.Today, Red left me for his new/old home with my friends Kim and Mike, who are Red’s former owners.apaviaRed […] 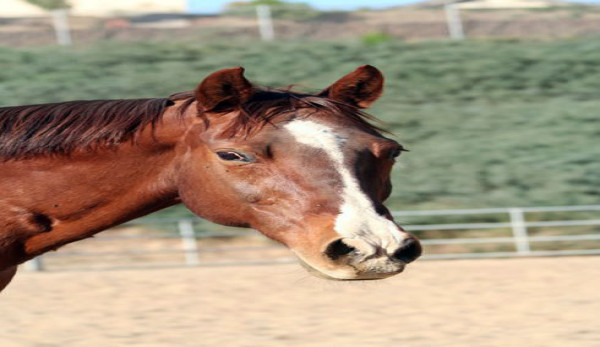 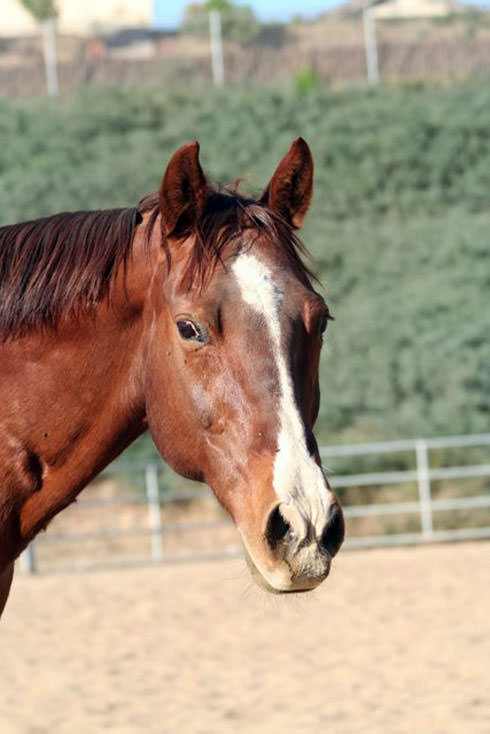 Red left today for life in his new home.

Last month, I wrote about my decision to give up my 22-year-old Quarter Horse, Red (“A Tough Decision”), due to financial issues. Today, Red left me for his new/old home with my friends Kim and Mike, who are Red’s former owners.

It took Kim and me several weeks to coordinate today’s events. She needed her boarders to leave so Red would have a stall, and I needed to give some young riders their first experience on a horse. We settled on this Sunday to be the day when Kim and Mike would come to pick up Red and take him to their 3-acre property about an hour away.

I believe our animals need to know what is going on. After all, they have no control over their own destinies. They come and they go, often never knowing the reasons why. That’s why I made a point of telling Red all week that he would be leaving to go back to Kim and Mike, in their new home. I told him several times that he was going because I couldn’t afford to keep him anymore, not because he had done anything wrong. I assured him he was a wonderful boy and that I loved him very much. And would miss him horribly. Whether he understood me is a mystery, but I had to tell him nonetheless.

I also had a “talk” with Milagro, who is stalled right next door to Red. Milagro is very attached to Red, and becomes distraught if Red leaves the property for even five minutes. I explained repeatedly to Milagro that Red was leaving to live somewhere else, and that he wouldn’t be back.

When the time came today for Red to leave, he was cool as a cucumber. Even though it had been more than a year since he’d been in a trailer, he walked right into Kim and Mike’s rig without any hesitation; he was calm and relaxed. I have no doubt that all the hugging and scratching he received from Kim just before I led him out from the backyard had something to do with this. Red loves Kim — there’s no doubt about it. I remembered how, when she first gave him to me five years ago, he tried to cuddle with everyone he saw who even remotely looked like her. This went on for months after I had him.

Milagro, on the other hand, hasn’t been so accepting of the situation. It’s been nine hours since Red left this morning, and Milagro is still screaming for him. The fact that Rio is right next door to Milagro makes no difference. Milagro loves Red; they were buddies — close buddies. And Milagro is waiting — no, begging — for him to come back.

Whenever I hear Milagro’s desperate neighing echoing from the backyard, it hurts. How can I block out the fact that Red is not with me anymore when Milagro is constantly reminding me of it? And the fact that my horse is also hurting makes the whole thing even harder to take.

My only consolation is that I know I did the right thing. Red will be happy in his retirement home, romping in a big paddock with two other geldings he will enjoy playing with. Kim and Mike will love having him back, and I’ll be able to sleep better at night now that I have one less mouth to feed. That doesn’t mean I won’t miss Red every day. In fact, I’m already planning my first visit to see him. I can’t wait.

Audrey Pavia
Keeping farm animals in the city can be a real hoot. Follow freelance writer Audrey Pavia’s adventures in Southern California with a yard full of urban livestock, including horses, chickens, a Corgi and an urban barn cat. She somehow manages all these silly critters by herself while working full-time. And you thought “The Simple Life” was out there? ]]>