The dual-purpose Redcap chicken breed is a former favorite of the farmer’s wife. Hens lay 120 to 180 white (slightly tinted) eggs yearly and it has a long history of being a great provider of meat. 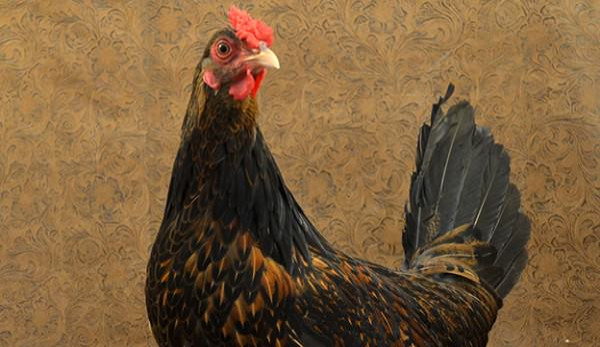 Use: The dual-purpose Redcap chicken breed is a former favorite of the farmer’s wife. Hens lay 120 to 180 white (slightly tinted) eggs yearly and it has a long history of being a great provider of meat.

History: The striking Redcap chicken breed was developed in Derbyshire, England. Although it’s one of the country’s oldest chicken breeds, information about it has been recorded only since the early 19th century. The date of its arrival in America is unknown, but it was widely distributed across the country well before 1870. Some speculate that the Red Dorkings shown at some of the earliest American poultry shows were actually Redcaps. The Redcap was admitted into the American Poultry Association’s Standard of Perfection in 1888.

Conformation: One of the most astounding features of the alert and active Redcap chicken breed is its enormous rose comb, which makes it look as though it’s wearing a large, red cap. This feature is more prominent in the male chickens. There is one color variety of Redcap, and plumage ranges with areas from reddish-brown to bluish-black. Wattles and earlobes are bright red, and shanks are dark blue. Standard Redcap cocks weigh 7½ pounds and hens weigh 6 pounds; bantam cocks weigh 30 ounces and hens weigh 26 ounces.

Special Considerations/Notes: Today, the Redcap chicken breed is a fine choice for the hobby farmer as well as the urban farmer. The chickens are able to look after themselves and forage for food in a free-range setting, but they also tolerate confinement well. The Redcap can fly, so urban farmers need to provide high enclosures to contain them. The Redcap chicken is listed in the Critical category of the American Livestock Breeds Conservancy’s Conservation Priority List.