A study performed out of UC Davis finds that some farmers subscribe to a broader definition to "community-supported agriculture” and that a whole new demographic is jumping in on the action. 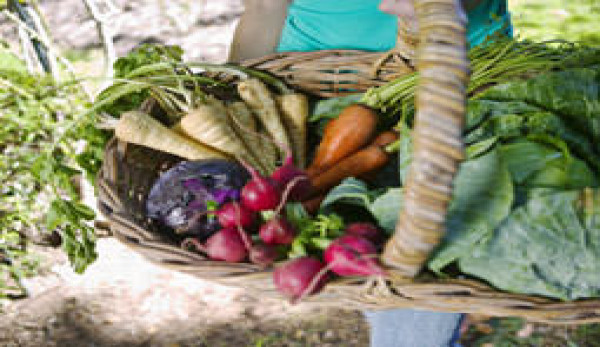 Home to farmers growing everything from avocadoes to strawberries and almonds to tomatoes, California’s 450-mile-long Central Valley has long been associated with production agriculture—rightfully so, given that in 2007, the region provided 76.5 percent of all agricultural production in California.

This doesn’t mean that every farmer in the Central Valley’s produce is bound for supermarket shelves, however. In fact, according to recent findings by a team of University of California, Davis-based researchers, community-supported agriculture has taken hold in the region, providing farmers a profitable direct-marketing outlet and consumers access to food from growers they know and trust.

Although the first CSA operations emerged on the East Coast in the 1980s, the model isn’t new to Californians, says Ryan Galt, assistant professor of agricultural sustainability and society at UC Davis. However, he says, there are marked socioeconomic differences between parts of the state where the CSA model is popular and widely accessible, such as Santa Cruz and the San Francisco Bay Area, and the Central Valley and its surrounding foothills.

In addition to having an economy based on agriculture, the Central Valley is “a poorer region of the state” and has a less-educated populace, Galt reports. He also describes the Central Valley’s population, on average, to be “politically conservative … and opposed to government regulations and intervention.” Galt says this unique context was part of what drew his team to the region.

The Galt and his team culled its research subjects from online listings of California CSAs, including databases hosted by LocalHarvest and the Robyn Van En Center. The researchers found 276 CSAs in the state and, through GIS mapping, identified 101 in their study areas.

At the beginning of the project, they had agreed to use a commonly-understood definition of CSA:  a business model wherein members pay up front for a season’s worth of shares and share risks with the farmer. As they contacted the 101 farms in their study area, they found it necessary to revise this definition to include farms that used different payment structures or schedules, growers that collaborated on multi-farm CSAs, and farm-linked aggregator CSAs, where growers’ share boxes included not just their own products but other farm goods that they’d purchased from another farm or a wholesale market.

“The definitional question is very big because it’s very tricky,” Galt says. While variations on the CSA model reflect expanded marketing possibilities for farmers, it’s also given rise to what Galt and his team refer to as nonfarm aggregators—retailers that grow nothing themselves and instead purchase produce at wholesale and market it, box-style, under the label of a CSA. Because online listings usually aren’t policed, Galt says, these “fake CSAs” will advertise alongside conventional CSAs and, at times, “even slightly undercut CSA farmers” on price.

Galt adds that the issues raised by community-supported agriculture’s evolving (and easy-to-manipulate) definition are present on a national scale, citing the first-ever mention of community-supported agriculture on the U.S. Census of Agriculture. When asked about their participation in a CSA marketing arrangement, “many more farmers than we thought would answered ‘yes’ to this question,” he says.

In Stanislaus County, Calif., for example, 30 CSA farmers were identified in the census, while Galt says the number is probably closer to four or five. Nationally, the census identified 12,549 CSA farmers, whereas a count on LocalHarvest is closer to 3,000. Galt attributed this “massive discrepancy” not only to fake CSAs, but also to farmers’ own misunderstanding of the census question—and the term’s definition.

After weeding out fake CSAs and those no longer in operation (called “ghost CSAs” by Galt and his team), the researchers were left with a research pool of 54 CSA farmers and two CSA organizers who they interviewed and surveyed on topics including profitability, farm marketing and management, and the philosophical and political underpinnings of their business.

Although the definition of profitability can be just as nebulous as the definition of community-supported agriculture itself, a majority of respondents (54 percent) said their CSA was profitable, and 1/3 reported paying themselves a salary in 2009. The researchers also found that most Central Valley CSA farmers don’t depend solely on CSAs for their farm income: They also pursue other direct-marketing avenues, such as farmers’ markets, and often have marketing arrangements with restaurants, institutions and wholesalers. On average, farmers reported obtaining 58 percent of gross farm sales from their CSA.

Galt says he and his team were pleasantly surprised by “the various political philosophies that CSA farmers bring to their work.” Whereas the CSA model is often associated with leftist perspectives—particularly in California, where many farmers and organizers cut their teeth at UC Santa Cruz’s CSA farm, “with its connotations of hippie culture”—the farmers in the UC Davis study self-identified with such viewpoints as libertarianism, socialism, evangelical Christianity and feminism.

“The CSA farming population is far more politically diverse in their views than we typically associate with the alternative food movement,” Galt says. This leaves him hopeful that there’s a possibility “for local food systems connecting with a variety of ideologies.”

The team’s initial findings were published in the January-March 2012 issue of the journal California Agriculture.