Reindeer Makes A Run For It At Christmas Event

Perhaps he was looking for the elves. 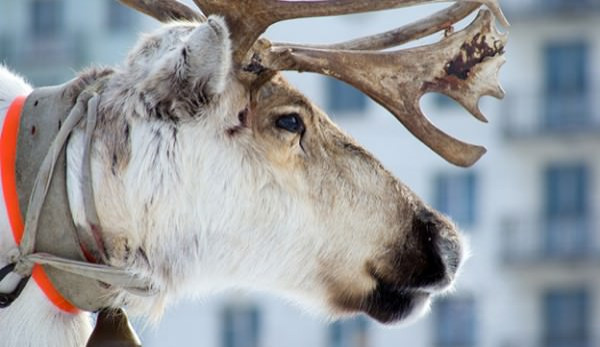 When you go to a Christmas event at your neighborhood store to get your childrenâ€™s pictures taken with Santa Claus and a couple of his reindeer, the last thing you expect is for one of those reindeer to make a break for it and run away. But thatâ€™s exactly what happened in Nottingham, England, at a Tesco.

The store held the event yesterday at 11 a.m., and it was scheduled to last throughout the afternoon. One of the reindeer, named Bjorn, was startled, managed to get away from his handler and escaped,Â Nottingham Post reports. Luckily Bjorn was found safe and sound a short time later, but not before causing a bit of chaos. And nearly getting hit by a bus.

“I was putting some Christmas cards up in the window and just saw it come charging down the street,â€ť local resident Gemma Green told Nottingham Post. “Then I saw a group of people following it. It was quite strange. It’s like the scene from Arthur Christmas where Santa loses his reindeer. I thought I was seeing things at first. My partner was out walking the dog and he had to move out the way because it came charging past him.â€ť

Tescoâ€™s Sam Manning told Nottingham Post that reindeer are “flight animals by nature. Once they are in the pen they are fine, but because he got free he ran away. We managed to find him safely in the garden and get him back into the truck. Aside from that, everyone had a great time meeting Santa and having their pictures taken with the reindeer.â€ť

Can you imagine going about your business and then suddenly seeing a reindeer run past you down the street?