Did you know saving five minutes a day gains you over 30 hours by the end of a year? It pays to remove bottlenecks to improve efficiency when performing repetitive farm chores. 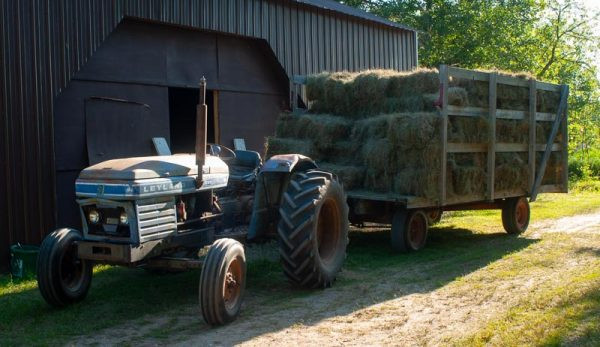 For better or worse, I spend a lot of time mulling over the most efficient ways to do things. When watering trees, I carefully plot the path I follow with my tractor, trailer and 35-gallon leg tank to reach the most trees with the fewest number of stops. When laying out pastures, I ponder how to place gates for maximum snow-clearing efficiency during the winter.

I canâ€™t help it. I enjoy looking for ways to speed up repetitive tasks. It saves time that can be put to use on other farm projects.

Oftentimes, tasks are slowed down by a single bottleneck step in the process. If you can eliminate bottlenecks, the added efficiency can save substantial amounts of time.

Did you know saving just five minutes a day will gain you 30 hours by the end of a year? Efficiency can be very rewarding, and eliminating bottlenecks is the first step.

But sometimes just detecting a bottleneck is the challenging part. Theyâ€™re not always obvious. If I told you a doorway can be a bottleneck wasting untold hours of time, youâ€™d probably laugh, right?

But Iâ€™m not joking.

Think about it. The term â€śbottleneckâ€ť is derived from the fact that the neck of a bottle is the narrowest point. This places a limit on how quickly liquid can be poured from the bottle.

Imagine a cup of water. If you quickly turn it upside down, all the water will immediately pour out in one big blob. But if you turn a bottle of water upside down, several seconds will be required for all the water to escape through the narrow neck of the bottle.

The neck of the bottle is a limiting factorâ€”a â€śbottleneck,â€ť so to speak.

Read more: This hay season checklist will get you ready for an efficient cutting!

Now let me return to the example of a bottleneck doorway. Every summer during hay baling season on my farm, we unload wagons of small square bales into a hay barn with two doors.

One door is tall and wide, designed to allow large vehicles (tractors, trailers, etc.) to back in. The other door is short and narrow, designed strictly for human use.

Which door we use for unloading hay depends on which end of the hay barn weâ€™re filling at any given time.But itâ€™s obvious the large door allows for much faster unloading times.

The small door, it turns out, is a bottleneck in the process.

We might have four or five people on hand for unloading and stacking, but the small door is only wide enough for a single person and bale to pass through at any given time. As a result, bales enter the barn one by oneâ€”steadily, but slowly.

The small door is pretty much the definition of a bottleneck.

In contrast, the large door makes it possible for multiple people to grab bales off the wagon and bring them to the haystack at the same time. With a large enough crew, the length of time needed to unload a wagon can be reduced by 50 percent or more. This is a big deal on busy hay baling days.

Suffice to say, Iâ€™m making plans to enlarge the small hay barn door, reducing the bottleneck and allowing multiple bales to be unloaded at once.

Sure, the modification project will take a little time. But I know eliminating bottlenecks will help me gain back all that time (and more!) through improved efficiency during future hay season.