The USDA and EPA release findings that show a number of factors contribute to Honey bee colony decline. 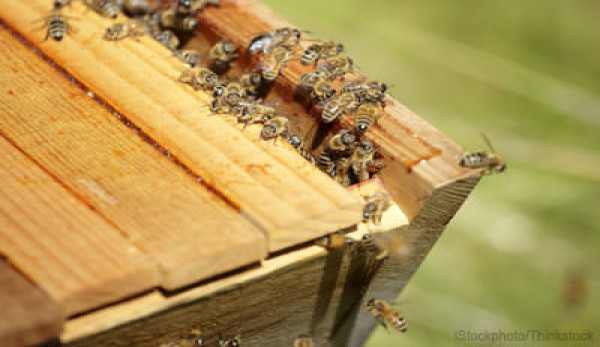 The rate of Honey bee decline has been a hot topic in agriculture the past few years, as hive after hive has fallen victim to the mysterious colony collapse disorder. A new report on Honey bee health, released by the USDA and the U.S. Environmental Protection Agency, reveals more information on the subject.

Parasites, disease, genetics, poor nutrition and pesticide exposure are just a few of the multiple factors contributing to bee-colony declines, according to the report, demonstrating what Kathleen Merrigan, USDAâ€™s deputy secretary, points out is a strong link between agriculture and Honey bee health. According to Merrigan and Bob Perciasepe, acting EPA administrator, the two agencies will continue to work with researchers, beekeepers, farmers and the public on ways to address the stressors affecting bee health.

Research for the report began in October 2012, at the National Stakeholders Conference on Honey Bee Health, led by federal researchers and managers, along with Pennsylvania State University. The conference convened to synthesize the current state of knowledge regarding the primary factors that scientists believe have the greatest impact on managed-bee health. Here are some of the key findings:

1. Parasites and disease present risks to Honey bees.
Scientists recognize the parasitic varroa mite as the leading contributor to bee-colony loss in the U.S. and other countries. Mitesâ€™ resistance to the chemicals beekeepers use within the hive is becoming widespread. New viruses targeting bee hives have been found in the U.S., and several of these have been associated with colony collapse disorder.

2. Increased genetic diversity among Honey bee colonies is needed.
Genetic variation improves beesâ€™ thermoregulation (the ability to keep body temperature steady even if the surrounding environment is different), disease resistance and worker productivity. The report recommends that Honey bee breeding should emphasize traits, such as hygienic behavior, that improve resistance to varroa mites and other diseases, such as American foulbrood.

3. Poor nutrition among Honey bee colonies is endemic.
Nutrition plays a role in individual-bee and colony longevity. A nutrition-poor diet can make bees more susceptible to disease and parasites. To support colony health, bees need better forage and a variety of plants. Federal and state partners should consider land-management practices that maximize available nutritional forage to promote and enhance good bee health and that protect bees by keeping them away from pesticide-treated fields.

4. Thereâ€™s a need for improved collaboration and information sharing.
Best management practices associated with bees and pesticide use exist but are not widely or systematically followed by farmers. Thereâ€™s a need for informed and coordinated communication between growers and beekeepers and effective collaboration between stakeholders on practices to protect bees from pesticides. Beekeepers have emphasized the need for accurate and timely bee-kill incident reporting, monitoring and enforcement.

5. Additional research is needed to determine pesticide risks to bees.
The most pressing pesticide research questions relate to determining actual pesticide exposures, effects of pesticides to bees in the field, and the potential for impacts on bee health and productivity of whole Honey bee colonies.

An estimated one-third of all food and beverages are made possible by pollination, mainly by Honey bees. In the United States, pollination contributes to crop production worth $20 billion to $30 billion in agricultural production annually. A decline in managed bee colonies puts great pressure on the agriculture sectors reliant on commercial pollination services. This is evident from reports of shortages of bees available for the pollination of many crops.

The Colony Collapse Steering Committee was formed in response to a sudden and widespread disappearance of adult Honey bees from bee hives, which first occurred in 2006. The committee will consider the report’s recommendations and update the CCD Action Plan, which will outline major priorities to be addressed in the next five to 10 years and serve as a reference document for policy makers, legislators and the public, and will help coordinate the federal strategy in response to Honey bee losses.