A mysterious disease that caused two years of deformed celery crops throughout Michigan is now attributed to a fungus, and growing precautions should be taken. 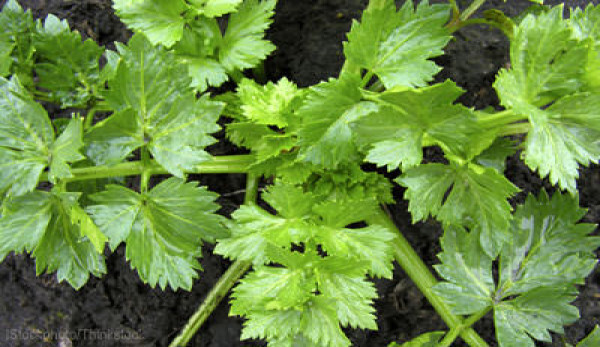 Between 2010 and 2012, unusual disease symptoms occurred in Michigan celery making the crops unmarketable. Symptoms included cupped leaves; twisted stalks with long, thin, brown lesions; and the development of adventitious roots, but the cause remained unknown. Research released from Michigan State University now shows that these symptoms can be attributed to anthracnose fungus, known to infect peppers,Â tomatoes and spinach, among other vegetables, according to the Michigan State University Extension.

Celery anthracnose is caused by the fungus Colletotrichum acutatum, which was first reported as a pathogen on celery in Australia during the 1980s and was first detected in Michigan in 2010. The common name of this disease, “anthracnose,â€ť is shared with diseases of onions, tomatoes and cucurbits, but anthracnose in these crops refers to diseases caused by other types of fungi.

Celery anthracnose bears resemblance to another disease called aster yellows, which can also cause plant twisting and curled leaves. However, foliage of plants affected by aster yellows turns yellow, while foliage of anthracnose-infected plants remains green.

Recent studies in MSUâ€™s Hausbeck Labâ€”funded by Project GREEEN, Michiganâ€™s plant-agriculture initiativeâ€”show that spread of celery anthracnose occurs at temperatures as low as 59 degrees F, but increases in periods with warmer weather or extended leaf wetness, with spores spreading via rain splash. The researchers tested Greenbay, Sabroso and Dutchess celery varieties for disease resistance, but all were susceptible when challenged with the anthracnose pathogen, making disease prevention key.

To control the spread of celery anthracnose, farmers growing in greenhouses can disinfect flats prior to re-use, or use new flats each year. This sanitation practice is a mainstay of any standard disease program and is important for both foliar blights and root rots. Scout celery seedlings at least twice each week and look for disease symptoms. Limit periods of humidity in the greenhouse with a ventilation system and by watering seedlings at a time of day that will allow them to dry quickly.

In the field, during the growing season, use practices that limit the spread of celery anthracnose. Irrigate at a time of day that will allow leaves to dry rapidly. As you begin field operations, work fields with a history of disease after you finish work in locations with no history of the disease. Whenever possible, avoid working fields when leaves are wet (e.g., after fog, dew, irrigation or rainfall). Working fields when the foliage is wet, could spread the pathogen from one location to another within a field. If possible, power-wash your equipment with a soap-and-water solution after working each location to remove soil and plant debris that could carry the disease-causing spores between fields. (Note that chlorine disinfectants can corrode steel equipment.)