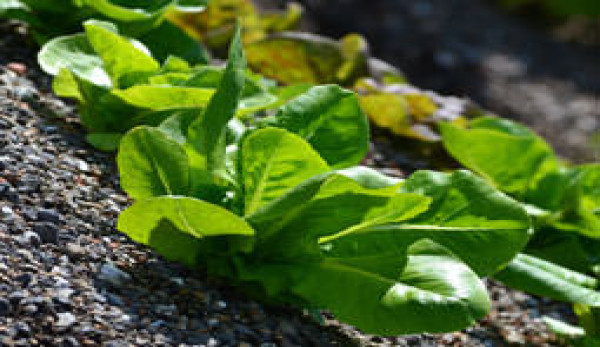 Leafy, green vegetables, power-packed with nutrients, are a growing part of the average American diet. Yet in 2009, leafy greens also made the Center for Science in the Public Interest’s “Top 10 Most Dangerous Foods,” due to a surprising number of food-borne illnesses linked to the seemingly innocuous salad staple.

A team of researchers with the Ohio State University’s Ohio Agricultural Research and Development Center is working to combat the problem with leafy greens.

According to the Food and Drug Administration, 82 food-borne illness outbreaks between 1996 and 2008 were linked to the consumption of fresh produce. More than 34 percent of them were traced to leafy greens, accounting for 949 illnesses and five deaths. One outbreak alone, the 2006 contamination of spinach with Escherichia coli O157:H7, caused 204 illnesses, including 104 hospitalizations, 31 cases of hemolytic-uremic syndrome (a serious complication) and three deaths. On top of the human cost, the economic impact of that outbreak alone was estimated at anywhere from $37 million to $75 million.

“Leafy greens‚ÄĒspinach, lettuce‚ÄĒare the most difficult type of fresh produce to treat,” says Ahmed Yousef, food microbiologist and professor of food science and technology at OSU. “The leaves are porous. That allows the plant to respire, but it also makes it easy for pathogens to enter into the leaf‚ÄĒnot just stay on the surface. And, leaves are much more sensitive to treatment than other types of produce. We have been trying to figure out how to kill microorganisms without damaging the leaf at the same time. There’s not a large margin for error.”

The problem is twofold, the scientists explain:

“If you have a bacterium sitting 1 millimeter inside a leaf surface cavity and your sanitizer doesn’t touch the bacterium, it’s not going to have any effect,” says Sudhir Sastry, OSU food-safety engineer and leader of this effort.

That’s why the team, armed with a $1 million grant from the USDA, has turned its attention to studying the effectiveness of gaseous sanitizers, including ozone and chlorine dioxide.

“To get into the crevices of the leaf, it’s got to be gas, not liquid,” Yousef says.

Although gaseous sanitizers have a much better chance of reaching the pathogens, they also need specific conditions to work. According to Sastry, that causes a challenge.

“At the processing stage, everything is geared to speed, speed, speed,” Sastry says. “But sanitizers, especially the liquid sanitizers, are slow, slow, slow, which is not compatible with a high-speed operation. So we looked at the whole process and thought, ‘Why not apply the sanitizer when there is some time to let it work?'”

Larger processors, for example, use vacuum cooling for a half-hour or longer after harvest and before greens are transported for packing.

“To use gas as a sanitizer, you need an airtight compartment,” Kaletunc says. “You have that with vacuum cooling, and vessels that are currently being used can be adapted to use gas.”

Another possibility is to subject the greens to a sanitizing gas during transportation.

“Greens are in transit up to 96 hours,” Sastry says. “Why not subject them to the sanitizing gas then, when there’s plenty of time for it to work? We need to be able to incorporate a gaseous sanitization procedure into the produce chain’s existing operations‚ÄĒthat will be key.”

One OSU study, published in 2009 in the Journal of Food Protection and conducted by Sastry, Yousef and two of their graduate students, found that a combination treatment using ozone gas during vacuum cooling and transportation reduced E. coli on spinach leaves by up to 99.99 percent. In the current project, the researchers are further studying possible combinations of gaseous sanitizer‚ÄĒboth ozone and chlorine dioxide‚ÄĒand partners at Iowa State University are examining the use of liquid organic acids combined with surfactants to determine if those would be as effective. Additional partners at New Mexico State University are preparing training materials for growers and processors. A half-dozen produce companies from across the U.S. have attended project meetings and expressed interest in the work, Sastry says.

It all comes down to safety.

“If we apply the right techniques in the right place at the right time,” he says, “we really can improve the safety of produce.”