A USDA study investigates northern farmers’ move from fertilizer application to livestock grazing returns needed nutrients back to the soil. 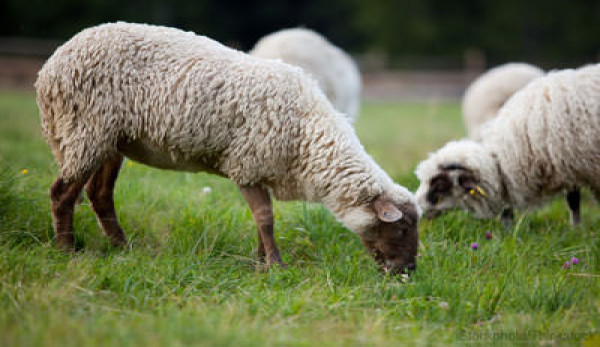 Before fertilizers were introduced to American agriculture in the 1950s, it was commonplace for farmers in the northern United States to graze sheep and other livestock once fields were left fallow. However, as the use of fertilizers took off, this practice fell by the wayside, to the detriment of farmlands. While fertilizers increased yields, modern research shows they’ve also increased nitrogen runoff, leaching and soil acidity and have contributed to greenhouse gas emissions.

Now, growers looking for more-sustainable alternatives have turned once again to grazing sheep during seasons when fields are left fallow. The trend in Montana and North Dakota prompted USDA soil scientist Upendra Sainju and his colleagues at USDA’s Agricultural Research Service to study grazing‘s effects on crop quality, soil chemistry, and amounts of nutrients in the soil, as each can have long-term effect on crop yields.

The research team set up three cropping systems—continuous spring wheat, spring wheat-fallow and winter wheat-fallow—in southwestern Montana. They compared soil qualities on a series of plots where sheep were grazed during the fallow season, herbicides were used, or the soil was tilled for weed control.

Over four years, sheep were grazed at rates of up to 153 sheep per hectare (2.47 acres), glyphosate was applied at standard rates, and soils were tilled to a standard depth of 15 centimeters (5.9 inches). Soil samples from varying depths were analyzed for organic matter, nutrients, pH and electrical conductivity, which affects nutrient availability and plant growth.

The results showed that tillage returned more of the beneficial wheat residue to the soil than either grazing or the herbicide treatments, resulting in higher levels of calcium, sulfur and electrical conductivity in the soil.

Grazing generally had no negative effects on soil organic matter and crop yields. The sheep returned to the soil some of the phosphorus and potassium they ate up in the wheat residue by way of their feces and urine. Grazing also increased levels of magnesium and sodium in the soil, possibly because the urine and feces contained higher levels of them.

The results of this study were published in the Agronomy Journal and Soil Science Society of America Journal. Read more about this research in the March 2013 issue of Agricultural Research magazine.