There's a rabbit virus on the loose, and it's one to watch out for. Here's what you can do to protect your rabbits from RHDV2 (a/k/a rabbit Ebola). 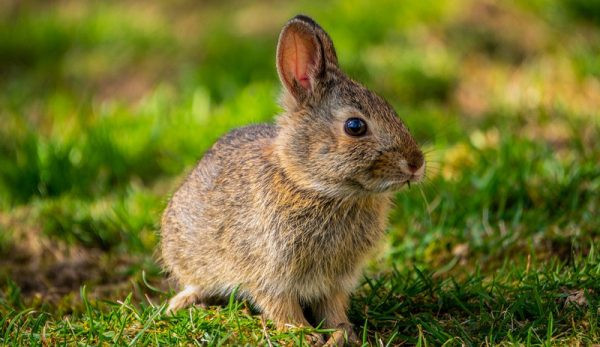 As if rabbits don‚Äôt have enough to burden them, what with being at the bottom of the food chain and living as companions, livestock and wild animals. But now a deadly virus has been killing them worldwide at a rapid clip‚ÄîRabbit Hemorrhagic Disease Virus 2 or RHDV2.

It‚Äôs also been given the moniker rabbit Ebola.

Unlike other rabbit hemorrhagic diseases, RHDV2 affects both domestic and wild rabbits. The disease threatens to wipe out endangered rabbit species such as California‚Äôs riparian bush rabbit.

Thankfully, RHDV2, which is caused by a calcivirus (caliciviridae naturally infect vertebrates), holds no danger for humans or other domestic animals. But for rabbit owners, the disease can be devastating, as the virus is extremely contagious and the mortality rate is very high (5-70 percent).

Because of this, rabbits and hares from states with outbreaks are banned from entering some states. This includes rabbit products (meat, pelts, fiber) and even used processing equipment.

The American Rabbit Association (ARBA) is asking people from affected states to voluntarily quarantine their animals to protect other rabbits. So far the virus has been found in New York, New Mexico, Arizona, Texas, Colorado, Nevada, California and Washington.

Check out these 5 tips for feeding rabbits right.

Rabbits are prey animals, and as such they‚Äôve evolved to hide illnesses until it‚Äôs almost too late for intervention. So it can be difficult to know which rabbit might be infected.

Rabbits catch RHDV2 by inhaling and consuming contaminated air and food, or having contact with sick rabbits or anything an infected rabbit has touched. Either animals and insects can be mechanical vectors, which means they can carry the disease in many ways.

For example, scavengers can pass the disease in their feces.

Rabbits with RHDV2 can die suddenly, but others may show symptoms of distress, such as:

Symptoms start one to five days after exposure, and animals two weeks and older can be affected. Asymptomatic or recovering animals can shed the virus for two to possibly four months. There is no known treatment or cure, only symptomatic supportive care.

Vaccinations in the U.S. are not currently available, though production is underway. Two are made in Europe‚ÄîFilavac, and Eravac. The European manufacturers can‚Äôt produce enough vaccines and can only provide some for emergencies and control.

Vaccines may be available widely as soon as fall of 2020. Keep in communication with your veterinarian and ask them to contact you as soon as the vaccine is available.

Try to avoid coming into contact with other domestic rabbits. When visiting other rabbitries, change your clothing before entering your own. Keep other rabbit owners out or provide shoe covers and gloves. If you keep your pet rabbits in your home, don‚Äôt wear your outdoor shoes indoors.

Quarantine new rabbits or those coming back from shows for at least 30 days.

In your rabbitry, scrub cages and equipment (a solution of 10 percent bleach or sodium hydroxide mixed with water). Leave the disinfectant on for 10 minutes before rinsing it off. Do the same with equipment coming back from competition.

Wood is a porous material, and the virus can only be eradicated by burning. So consider using washable materials in your rabbitry.

Wash and disinfect clothing and shoes after walking in areas known for wild rabbits. Rabbits that play, feed or live outdoors are at a higher risk because wild rabbits can infect the ground.

Keep your bunnies indoor if possible. If they are outdoors, have a strong fence to keep wild animals out.

Keep hutches off the ground. Don‚Äôt feed wild plants to domestic rabbits, and if you live in an endemic area avoid feeding vegetables you‚Äôve grown. (It is okay to use rabbit manure on your garden, but definitely don‚Äôt feed any produce to your rabbits.)

If your rabbitry is positive for RHDV2, you have two choices:

You can go to shows, but ask questions and have your own bio-security plans.

Ask the organizers about the other competitors‚Äîespecially where they come from. Also ask about the show‚Äôs own bio-security plan.

Bring a carpet square to place on a shared surface before you put your animal down. Have everything you need, and don‚Äôt share anything. Consider bringing your own water, because even a shared hose can spread the virus.

Put up a barrier between your bunnies‚Äô neighbors‚Äîcardboard or Plexiglas is a good choice. Make sure the clothes you‚Äôre wearing are clean and recently washed before you enter the facility.

Sanitize footwear before and after you leave the building and get into your vehicle. Always, when in doubt, sanitize.

Rabbits can pull their weight on the farm in a few different ways.

If you see any dead wild rabbits (including jackrabbits, hares or pikas)‚Äîespecially those with blood on the anus, nose and mouth‚Äîcontact your state wildlife official at www.fws.org.

If a domestic rabbit has died, preserve the carcass for the state veterinarian by double bagging it in plastic and disinfecting the outside of the bag. Put the carcass in a cooler with ice or in a fridge. Make sure to disinfect your own clothing and shoes after.

Do not touch dead wild rabbits.

RHDV2 must be taken very seriously, and we hobby farmers and rabbit enthusiasts can do our parts by reporting cases, practicing strict bio-security, and above all, being vigilant.