Photo by Audrey Pavia Jeremy used to be Rio’s biggest advocate. Rio is renowned among all my horse friends as a pain in the butt. He wants to play 24/7, and that means he’s always trying to put anything he can in his mouth: his lead rope, the halter, you hand, your hat, your clothes, […] 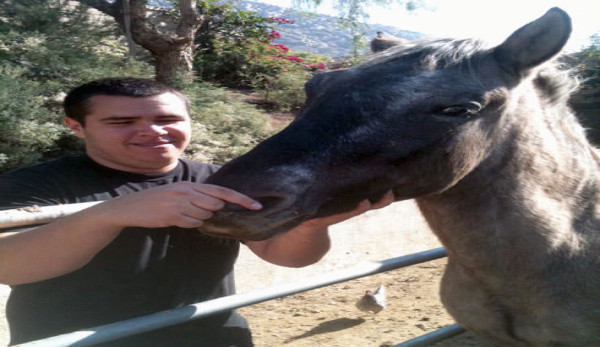 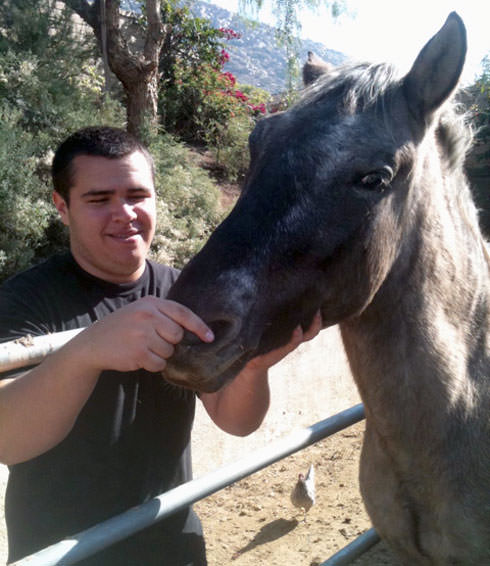 Rio is renowned among all my horse friends as a pain in the butt. He wants to play 24/7, and that means he’s always trying to put anything he can in his mouth: his lead rope, the halter, you hand, your hat, your clothes, your cell phone — anything he can wrap his lips around.

My trainer, Lisa, is breaking Rio to saddle, and often enlists the help of Jeremy, the 19-year-old boyfriend of Lisa’s working student, Marissa. While everyone constantly complained about Rio’s obnoxious behavior, Jeremy always defended him.

Since Jeremy seemed to understand Rio like no one else, Lisa gave him the regular job of leading Rio from his stall to the arena for training. Since I don’t have my own arena, this entailed walking Rio two blocks to a stable down the road. Jeremy is not a horseman. He just inherited this job by virtue of being Marissa’s boyfriend. His experience with horses in limited, but Lisa felt that Rio was manageable enough for Jeremy, despite Rio’s annoying habits.

As the months went on, Jeremy continued to defend Rio when others disparaged him. Standing up for Rio became a cause for Jeremy, one that he proudly championed at every opportunity. If someone said something unkind about Rio, Jeremy jumped to his defense.

So imagine my surprise the other day when I was outside and Jeremy came by to pick up Rio. I was cleaning out Rio’s feet, and Jeremy said “He’s really good about picking up his feet.” Yes, I agreed. He’s a real gentleman when it comes to that. And then Jeremy said, “At least there is something good about him.”

I was stunned! Rio’s greatest ally had just dissed him. Big time.

Later than night, I told Lisa about this exchange and expressed my disbelief.

“Oh, well, I guess I forgot to tell you what Rio did to him,” she said. “A couple of weeks ago, Jeremy was bending down and Rio bit him on the ass.”

Since then, Jeremy has joined the ranks of people who think my baby horse is a real PITA. And for Jeremy, I guess he really is.