Photo by Audrey Pavia Rio, my Spanish Mustang, turned 3 years old this week. As goofy as he can be, he’s been a dream come true. Since the age of 9, I have been obsessed with spotted horses. Since that same age, I’ve also been obsessed with Mustangs. So when I bought my first spotted […] 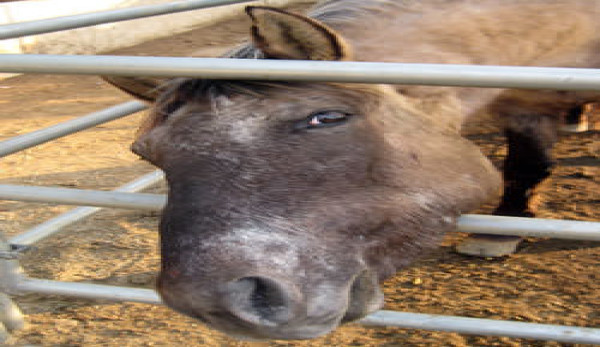 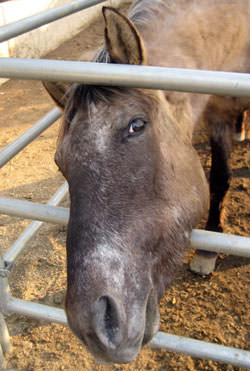 Rio, my Spanish Mustang, turned 3 years old this week. As goofy as he can be, he’s been a dream come true.

Since the age of 9, I have been obsessed with spotted horses. Since that same age, I’ve also been obsessed with Mustangs. So when I bought my first spotted Spanish Mustang a year ago last December, it literally was a dream come true.

His name is Rio. When I bought him, he was almost 2 years old. He looked like a baby when he got off the trailer from Texas, even though he was no longer a foal. His momma and poppa are small horses, like most Spanish Mustangs, only around 14 hands high. So it made sense that at nearly 2, Rio was still a pretty small guy.

This past week, my little boy turned 3 years old. He’s growing up, and fulfilling another one of my dreams: to raise a young horse to adulthood.

Spanish Mustangs are slow to mature, so even though Rio is 3, he is still small in stature compared to many other horses his age. Quarter Horses, Paints, thoroughbreds and warmbloods are all considerably larger by the time they hit Rio’s age. My boy, on the other hand, is still slight of stature and not really big enough to ride.

Am I worried about this? After all, some horses are winning the Kentucky Derby by the time they are Rio’s age. And I’m still not looking to start teaching him to work under saddle. But that’s because Rio is no thoroughbred. He is the descendent of the original horses brought to the New World by the Spaniards in the 1400s. His ancestors once numbered in the millions and roamed the West in large feral bands. Cowboys, Indians, mountain men and outlaws depended on these herds for their saddle horses, which though small, were known for their sturdiness, their stamina and their incredible hearts.

As I watch my young horse in his paddock, pestering his older “brother” Milagro, chasing the chickens that dare walk into his space, and trying to dump over his water trough, I sometimes strain to associate this monkey-in-a-horse-suit with his breed’s incredibly honorable and astounding history. And I wonder if 150 years ago, Native Americans trying to teach young mustangs like Rio how to be great warrior mounts had to deal with the same silly behavior that I witness in this great equine goofball.

To celebrate Rio’s birthday this week, I took him on a long trail ride, ponying him off Milagro. He started out making trouble by rearing, trying to nip at me and generally bouncing around like a Jack Russell Terrier. I responded by taking both horses on a very steep, mile-long trail and asking them to trot. What started out as a race in Rio’s mind ended up a task that left him lacking enough energy to be stupid. After 20 minutes of stupidity, he finished the rest of the ride in good behavior.

Sometimes I can’t believe it’s true that I have this amazing little horse, with his spotted coat, his striped hooves, and his amazing heritage. Judging by the way he handles the hectic urban trails in my community when being ponied, he’s going to make an incredible trail horse, along with a good parade horse, gymkhana horse, dressage horse and anything else I might want to do with him. That is the beauty of the amazing Spanish Mustang. With this breed, you can do just about anything—including watch your dreams come true.