The Roman goose goes back to ancient times. Its bright personality and vocal nature make it good for guarding smaller poultry such as chickens. 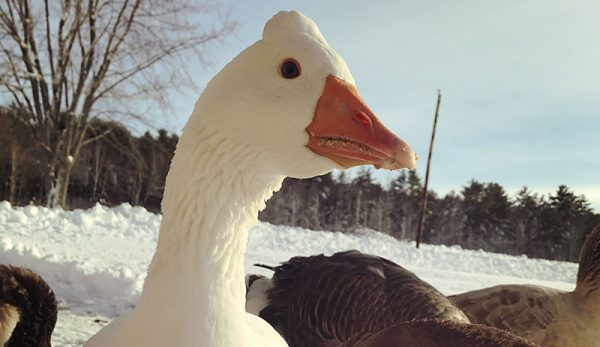 The Roman Goose is one of the oldest goose breeds still being cultivated today. These beautiful birds trace their lineage back to the Roman Empire. It’s said that these small birds protected the Temple of Juno during an attack by the Gauls in the fourth century BC.

These geese come in Classic and Tufted varieties. The Classic Roman goose is solid white, with an orange beak and feet, and a small, plump body. The Tufted goose has the same stocky, full-bodied appearance, but at the crest of its head, the feathers point upright in a crown-like tuft.

Roman geese are one of the smallest goose breeds, adult males weighing 10 pounds or less. Though their necks are short, these geese are elegantly curved, and their eyes are a deep, stunning blue. Their small bodies are tasty eating, and they produce a moderate number of eggs per year, between 25 and 35, according to the Livestock Conservancy. 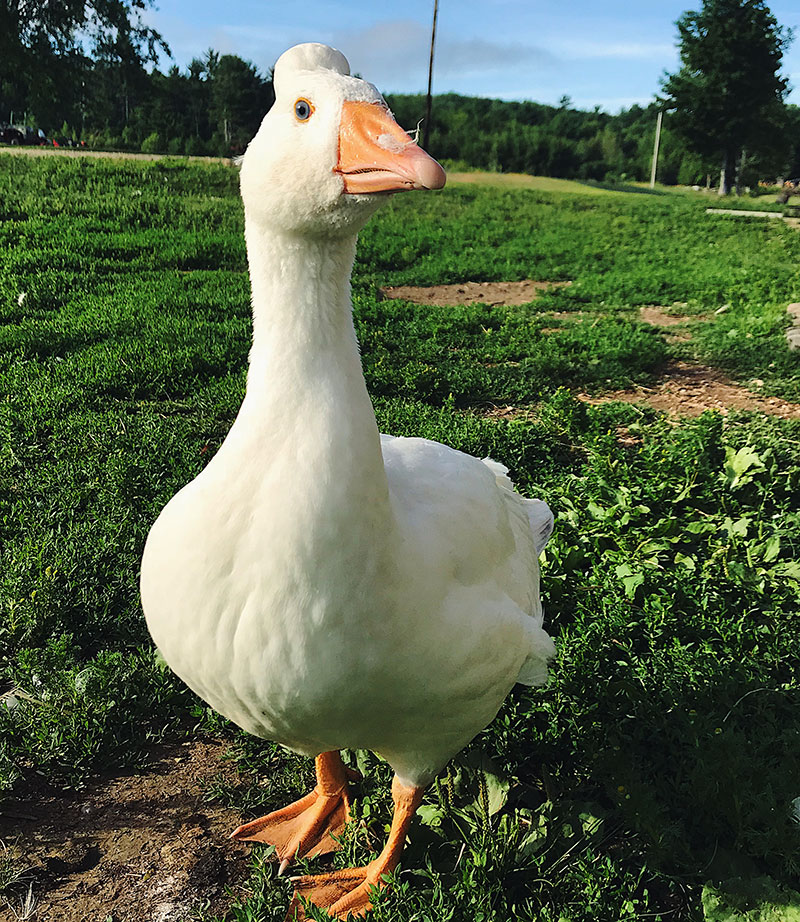 Despite being vocal birds and excellent watchdogs, these geese are not overly aggressive. They tend to be curious, and they become easily attached to the people who raise them.

Alert and active, Romans are quick to honk about strange activity but get along well with other birds and livestock generally, and thanks to their small size they are easily contained and manageable. 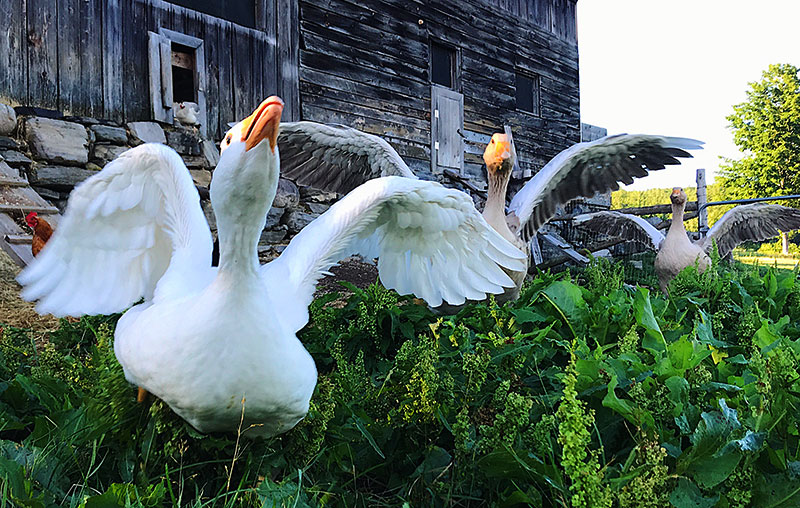 Since ancient times, the Roman goose has remained a great guarding goose, and its small stature makes it a bird that is easy to raise on a smaller farm.

Thanks to their alert nature, Romans can also be good weeder geese, and they are frequently used to guard flocks of chickens and other smaller poultry.

Roman geese can fit in well on any farm. Their active and curious personalities make them great friends and companions. Their useful qualities include a vocal nature that makes them helpful alarm birds.

Kirsten Lie-Nielsen keeps chickens, a gaggle of geese, bees and goats at her farm in Liberty, Maine. She and her partner are rebuilding an 1820s farmhouse while turning overgrown fields back into vegetable gardens. When not working on the farm and tending her geese and other animals, Kirsten writes about her experiences at her blog and has written two books, The Modern Homesteader's Guide to Keeping Geese as well as So You Want to Be a Modern Homesteader?: All the Dirt on Living the Good Life. Follow her on Instagram: http://instagram.com/hostilevalleyliving