Photo by Rick Gush Romano green beans are my favorite beans! I had never grown Romano green beans before I came to Italy, and the only ones I had eaten were, I realize now, horribly overcooked. Romano beans have a bit of mucilage like okra, but only a small amount. Unfortunately, overcooking is how to […] 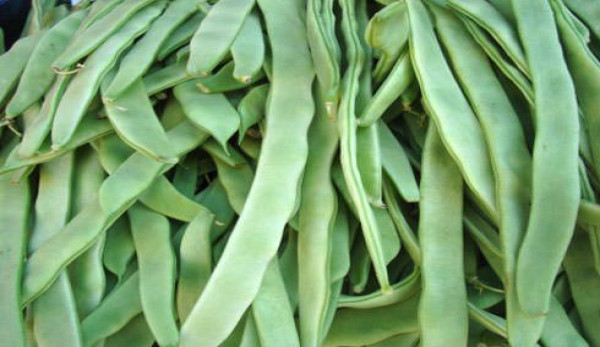 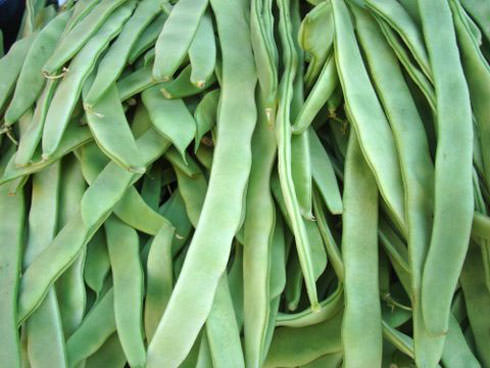 I had never grown Romano green beans before I came to Italy, and the only ones I had eaten were, I realize now, horribly overcooked. Romano beans have a bit of mucilage like okra, but only a small amount. Unfortunately, overcooking is how to bring out the mucilage, so thatâ€™s what a lot of folks get when they eat these legumes. Thatâ€™s too bad, because these big, flat crops are delicious, and they have become my favorite green bean. My wife makes a dish with pasta, some soft cheese, such as precensua (imagine ricotta cheese with more flavor); and big, flat beans called taccole, or Romano. The mucilage in question works particularly well when the flat beans are quick-fried with oil and garlic; the slight braising is very tasty.

Romano beans grow just like all other green beans. The varieties are mostly of the climbing kind, but there are some bush types, as well. Generally, the bush types produce a single large flush and a subsequent dribble, while the climbers seem to be more consistent producers. This means that planting a series of different seedlings, maybe two weeks apart, is the best way to have a long harvest period with the bush beans.

Beans like warmth, so I never try to push the seeds into cold soil. I really press to get most of my vegetables in as early as possible, but not the green beans. At the moment, Iâ€™m about to plant our taccole for the year, and the weather is acting funny and Iâ€™m hesitant to plant if the next week is going to be wet and cool, as the predictions say. Hmm … this may be an appropriate time to plant the seeds in pots indoors, something I almost never would do for easy-germinating seeds, such as beans.

Once the plants are up, I find I get much better results if I consistently water them regularly. If the plants have to fight for water at some point, the flowers donâ€™t seem to set as well, and the little beans that were on the vine will never fully recover from the shock. I use thick mulch to ensure that the soil stays moist at all times. I think the mulch also helps prevent competition from weeds, which isnâ€™t a good thing, because they have relatively shallow root systems that are easily adversely affected by weed competition.

In all the years of growing these beans, I think Iâ€™ve had a dozen different pest problems with them, from rust to mosaic diseases, but still I consider beans an almost pest free plant. Sure, it might look ragged at the end of the season, but that doesnâ€™t matter as long as the plants produced a lot of beans in the meanwhile.

When I first started growing beans, I would always get a package of inoculating powder to dip the seeds in before planting. That inoculation seemed to help more nitrogen-fixing nodules to grow on the bean plantsâ€™ roots, which seemed to be a good thing. But, I will admit my data was vague. These days, I donâ€™t inoculate, mostly because I havenâ€™t seen a nursery here that sells the packets of inoculation powder.