The Rosecomb Bantam is an ornamental chicken breed. Hens are not broody and will lay a small number of tiny white eggs. 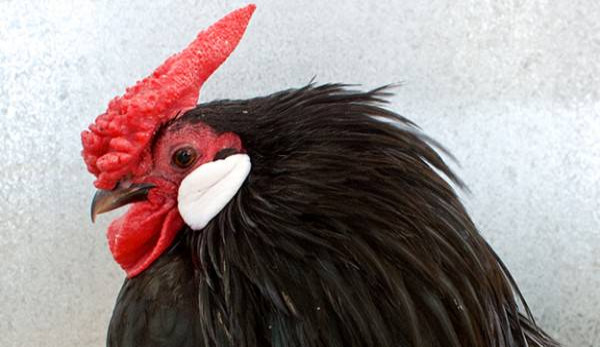 Use: The Rosecomb Bantam is an ornamental chicken breed. Hens are not broody and will lay a small number of tiny white eggs.

History: The Rosecomb Bantam chicken breed is believed to have been developed by English breeders, though its heritage is somewhat unclear. The breed first saw popularity after being kept by King Richard III during his reign in the 15th century. In 1959, it was shown at the first poultry show in Boston, though no one knows when exactly the breed arrived in America. The Rosecomb Bantam is still popular with fanciers today and was admitted into the American Poultry Associationâ€™s Standard of Perfection in 1874.

Conformation: The Rosecomb Bantam chicken breed was named for its large, long comb that is accentuated by its petite body. The breed has a strong build, and its large tail is held at an upright angle from the back, creating a handsome appearance. There are approximately 25 color varieties of Rosecomb Bantams, though the APA only recognizes three: Black, White and Blue. All have standard plumage with bright-red combs, face and wattles, and white earlobes. Shanks are black on the Black variety, bluish-slate on the Blue variety and white tinged with pink on the White variety. Rosecomb Bantam cocks weigh 26 ounces and hens weigh 22 ounces.

Special Considerations/Notes: The Rosecomb Bantam, due to its close breeding for a pure rose-shaped comb, may exhibit a genetic flaw that causes poor fertility and hatchability. This can be avoided by setting aside the occasional single-comb sport as breeding stock. Chicks are slow to mature. Keepers of the Rosecomb Bantam are rewarded for their patience and attention with friendly adult birds that are active, hot- and cold-hardy, and great in confined spaces. The Rosecomb Bantam is not a good chicken breed for first-time keepers because it tends to fly and its egg-laying is poor.