The Rouen is a handsome, heavyweight duck is frequently raised as a show bird--as well as for meat. 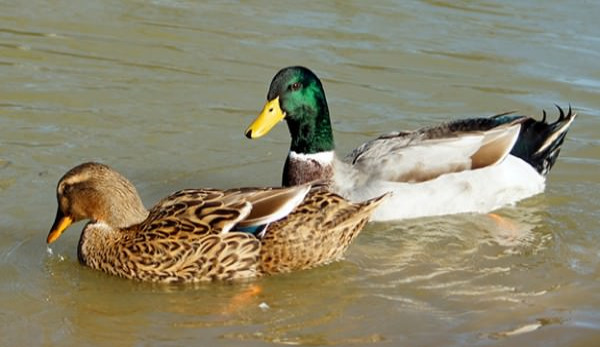 Use: North American Rouens come in two types: the standard, raised mainly for exhibition, and the production type, usually kept as an all-purpose farm fowl. Both of these heavyweights make decorative additions to the farm, as well as good meat ducks. The females lay around 35 to 125 whitish eggs a year; some might even be inclined to set, although standard birds may crush their eggs in the process.

History: The Rouen duck derives its name from the French city of Rouen, the historical capital of Normandy. Originating in France, the breed crossed over to England around 1800, where British breeders developed it into a big roasting duck of superior quality. The American Poultry Association included the Rouen in its first American Standard of Perfection in 1874. Once popular as a farm fowl, the breed is now listed by the American Livestock Breeds Conservancy as globally endangered, with fewer than 5,000 breeding birds in the United States.

Conformation: Weighing in at a hefty 10 pounds or so, the Rouen resembles a huge Mallard. The standard Rouen is massive and deep-keeled with a rounded back, while the production type has a sleeker â€“ though still chunky â€“ profile. Drakes sport the striking Mallard coloration of iridescent green head, dark chestnut breast, yellow bill, and orange legs and feet, while the subtle females have a penciled plumage of earthy browns. Rouens are mellow, slow-waddling ducks unlikely to fly the coop because of their large size.

Special Considerations/Notes: Due to its deep keel and heavy weight, the standard Rouen drake will need a pool of water to facilitate breeding. Although these fowl donâ€™t grow as fast as Pekins, raisers can help prevent lameness and other health problems by taking care not to feed growing birds a diet too high in protein if they plan to keep them for show, breeding, or as pets (see Pekin profile).