Rural High-Speed Internet: Is It Crucial to Farming’s Future?

Costly, substandard service has surely discouraged some from leaving cities and suburbs, but recent developments are bringing more to us folks "out there." 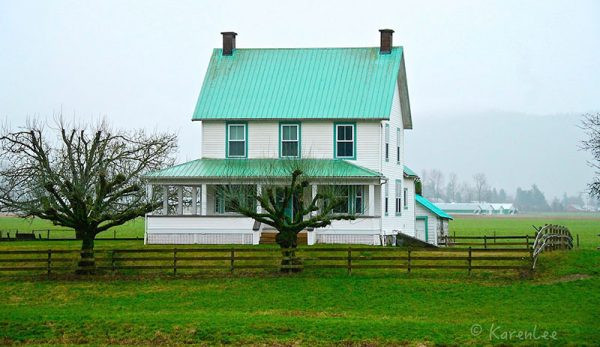 I‚Äôd done my research, or at least thought I had. So my wife and I headed into town the day after moving onto our central Kentucky farm to take care of some logistics. We needed to put the water bill in our name and claim the electric lines that keep the lights on. And last but not least, we would schedule internet installation for our Civil War-era farmhouse.

Water and electricity were easy enough. But the blue-shirted man in the telecommunications storefront ruined my day when he, upon looking up our address, said, ‚ÄúWe don‚Äôt offer service out there.‚Äù

Out there? We lived only 16 miles away in an area where lights from this very shopping center flooded the southernmost edge of our night sky.

But it was still out there, the same phrase the cable company used when it told us we were not covered. The city‚Äôs municipal telecommunications service had a plan to reach us out there, another man told me. But a recent restructuring of the board had pushed the project to a low priority.

This was all very bad news. My work as a freelance writer and editor required high-speed rural internet. So did my wife‚Äôs Etsy business selling soaps and salves. And with three young kids in the house, I didn‚Äôt relish the thought of living without Netflix.

We eventually ordered satellite internet, an option that has frustrated rural inhabitants for years with slow speeds, basement-low data caps and exorbitant rates.

We canceled our streaming services. I became hawkish about our monthly data allotments. And my family subsisted on library internet and rented DVDs.

I kept track of every rumored development in rural-reaching internet services, but nothing within our budget became available.

We were fine without good, high-speed internet‚ÄîI understand this griping is very First-World stuff‚Äîbut my family did have to sacrifice many of the digital niceties we‚Äôd experienced in our former suburban life. I can only assume that, for some, the internet wasteland of rural America has put them off the dream of moving out there to pursue a more self-sustaining life.

To me, that‚Äôs a shame.

Cities are great for a number of things. But urban centers are typically far removed from places that produce food, a fact that erodes many urbanites‚Äô understanding of what food actually is and how it is raised. It’s especially bad news for a generation realizing that some among them have never even seen a cow.

Moreover, with the average age of American farmers hovering around 58, we should do all we can to get younger people onto small family farms. Why? So our agricultural system can persist and, ideally, evolve.

But, realistically, a life without Netflix isn‚Äôt likely to put new butts into tractor seats. Internet is an integral part of modern life. And it‚Äôs just a lot to ask young families to settle for high-priced, low-performance access to the digital realm.

A New Day “Out There”

Last Wednesday, a white van pulled onto the long, gravel driveway of our farmhouse with nothing short of a brand new day inside.

Which is to say, an AT&T installer was in the driver‚Äôs seat. And he brought with him a roof-mounted antenna, modem/router and paperwork for some damn good internet at a fraction of our satellite service fees.

The telecommunications giant had recently installed towers up and down our windy road to beam its Fixed Wireless service out there.

Yes, I had to contact a PR person to confirm that the new, blinking red light in the distance meant we were covered. Also, it took two attempts to place the order. And the installer was a day late.

But by Wednesday evening, we finally had good internet on our farm after six years of satellite service. I wasted no time in pulling up our long-neglected Netflix account, and my family of five watched Stranger Things¬Ýthat night until we fell asleep.

The installer warned us that, had we lived a mile down the road, in one of the many hollers around our countryside, we’d have been outside the line of sight of the tower. So I need to add the caveat that, while we‚Äôre enjoying our mountains of data and lower monthly fees, this isn‚Äôt glory day for everyone out there.

In the deep, dark hills of Kentucky where my neighbors live, satellite might still be the best option for a while.

Look to the Sky

But there‚Äôs good news on that front, too, as companies such as SpaceX, OneWeb and even Facebook develop networks of mini satellites aimed at delivering low-cost, high-speed internet to literally every place on Earth. Even down in the hollers.

The sudden interest in providing universal coverage should result in a market of healthy competition for rural dollars. It should leading to better service than out there has ever seen and price decreases across the industry.

If this means that young families are even slightly more inclined to inhabit dilapidated farmhouses and raise food for and with their neighbors while their children grow up in barns and open pastures (life experiences that are dangerously close to extinction), and that each night everyone can retire to the couch for an after-dinner episode of Stranger Things … well, to me, that’s a step in the right direction.