The Russian Orloff is a dual-purpose, heritage chicken breed, especially prized for its meat. 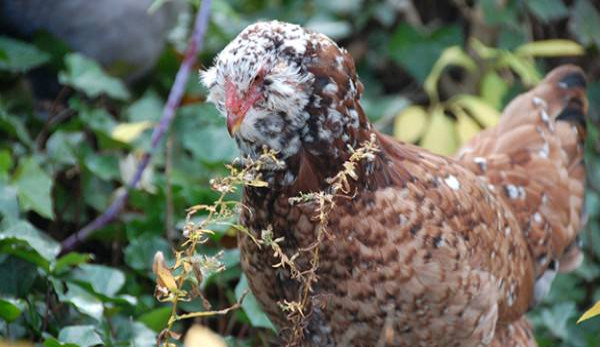 Use: The Russian Orloff is a dual-purpose, heritage chicken breed, especially prized for its meat.

History: The Russian Orloff chicken breed is said to have originated in Persia (modern-day Iran). It was distributed across Asia in the 1600s and was known in Europe by the end of the 1800s. The breed is named for Alexey Grigoryevich Orlov, an 18th-century Russian count who developed Orlov Trotter and Orlov-Rostopchin horses and is credited with the importation and promotion of the Orloff chicken breed. The Russian Orloffsâ€™ tight plumage, small walnut combs, small earlobes and barely present wattles helped them survive and thrive during Russiaâ€™s frigid winters. The breed reached England in 1899 and soon became popular in Germany. The Orloff chicken breed was once represented in the American Poultry Associationâ€™s Standard of Perfection but was dropped due to lack of interest in the breed.

Conformation: The Russian Orloff chicken breed is a tall and well-feathered chicken with a fierce, predatory appearance. The breed has yellow skin and comes in an array of color varieties, including Red, White and Spangled (a rich mahogany red accented with flecks of white); the Black variety is now seldom seen. It is a heavy, dual-purpose chicken that is mostly bred for meat due to being an indifferent layer. At 8Â˝ pounds for roosters and 6Â˝ pounds for hens, Russian Orloffs yield a lot of meat. Their heads and necks are thickly feathered, and they have tiny walnut combs, making them an ideal chicken for northern climates. The American Bantam Association also recognizes a bantam variety of the breed.

Special Considerations/Notes: Russian Orloffs are calm and somewhat aloof chickens that do equally well in confinement or in free-range situations. They are extremely cold-hardy and are non-broody. The breed is listed as Critical on the American Livestock Breed Conservancyâ€™s Conservation Priority List.