San Clemente Island goats are one of the rarest goat breeds in North America. They are, at this time, primarily a conservation priority breed. Does give a reasonable amount of delicious, high-butterfat milk and could be milked as household dairy goats. 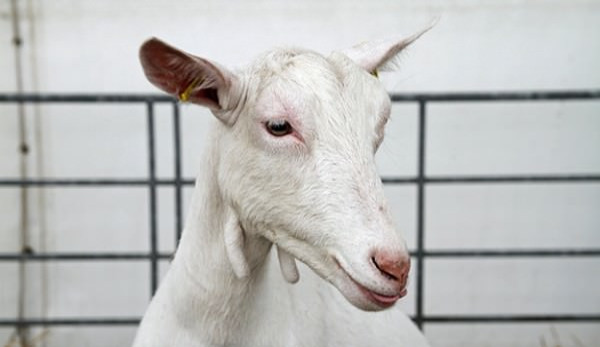 Use: San Clemente Island goats are one of the rarest goat breeds in North America. They are, at this time, primarily a conservation priority breed. Does give a reasonable amount of delicious, high-butterfat milk and could be milked as household dairy goats.

History: San Clemente Island goats originated on San Clemente Island off the coast of southern California. Although a good deal of colorful hearsay surrounds these goats’ prior origin, it appears that a man named Salvador Ramirez brought them from nearby Santa Catalina Island in 1875. The goats thrived on San Clemente Island as feral goats until the mid-1980s when the U.S. Navy, which took possession of the island in 1934 and now maintains an airfield there, ordered their extermination or removal. The Fund for Animals saved the breed from extinction by removing more than 6,000 goats but soon lost track of them. However, the new and very active San Clemente Island Goat Association tracked down and registered 375 goats by fall 2008, and as of 2010, the estimated global population stood at 425 goats.

Conformation: San Clemente Island goats are medium-small, slender goats. Does must be at least 26 inches tall; bucks must be at least 27 inches tall. San Clemente Island goats have dished faces and narrow, horizontally carried ears with a distinctive crimp in the middle. They come in light brown to dark red or amber with distinctive markings: a black head with two brown stripes extending down the face from above or around the eyes to the muzzle; a black patch on the cheek or jaw; a small black spot on the chin; and a black cape over the shoulders, up the top of the neck and down the front legs. The underside of the neck is brown. Ears are black outside and brown inside. A black dorsal stripe runs down the back, and there is some black on the back legs and flanks.

Special Considerations/Notes: Slender, elegant and deer-like, San Clemente Island goats are listed as critically endangered small goats on the American Livestock Breeds Conservancy’s Conservation Priority List. There is a strong need for additional, dedicated conservation breeders. If you long to help save a piece of American history, thereâ€™s no better candidate than the San Clemente Island goat.