Sassafras Tea & Jellies Deserve A Place In Your Kitchen

Homemade tea and jellies used to be commonplace—until researchers suggested that a sassafras root ingredient was potentially carcinogenic. 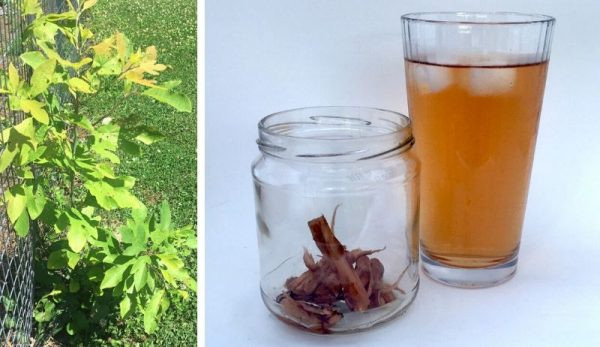 Sassafras tea tastes a little like root beer with a citrusy twist. It’s been years since I’d had it, but, with plenty of sassafras trees on my land, I’d been thinking about brewing myself a cup.

However, I’d heard sassafras tea was dangerous. Did someone say cancer? And was it even legal anymore?

The Root of the Problem

Sassafras got its black eye in the 1960s when research suggested one of its active ingredients—safrole—produced malignant tumors in rats. Even though safrole was once a common flavoring agent, the U.S. Food and Drug Administration banned its use.

Safrole is also included in the most recent U.S. Department of Health and Human Services Report on Carcinogens.

To complicate matters, safrole is a key ingredient for the manufacture of the illicit drug Ecstasy. So, if I make my own sassafras tea, does that mean I’m messing with party drug precursors?

“Sassafras tea is not illegal,” says Samuel Thayer, an experienced forager and the author of The Incredible Wild Edibles: 36 Plants That Can Change Your Life.

“Sassafras or extracts of it are illegal, if you are selling it primarily as a source for safrole.”

He’s also quick to point out that sassafras tea is not safrole. Although safrole is a chemical which can be extracted from sassafras, Thayer notes, “As far as we know, in traditionally prepared sassafras brew, there isn’t any safrole….

“I’ve interviewed several dozens of people who learned to make sassafras tea traditionally—meaning not from a book but from an elder generation. Almost invariably there’s a long boil process—not a short steeping.”

Because safrole is not heat stable, it breaks down into separate components during longer boils. Boil it in a pot without a lid and the volatile chemical further dissipates via steam.

On the contrary, if you steep sassafras roots only briefly, your resulting tea is much more likely to contain safrole.

Rethink “weeds” and save saplings to grow future trees.

I had a sassafras sapling pop up right along the fence bounding my apiary. Normally, I’m happy to see volunteer trees, but this one couldn’t stay where it was.

I decided to dig it up and make a batch of sassafras tea. Wanting to reduce—or even eliminate—any safrole, I followed Thayer’s instructions as closely as I could.

After unearthing the small tree, I washed its roots in cool water and let them dry in the sun. Next, I separated the roots from the rest of the tree and carved them into smaller segments.

I placed these in a pan of water and brought it to a vigorous boil. I let it boil for about 40 minutes. (Thayer boils his for up to an hour at a time.)

For his part, Thayer gets about four different boilings out of one set of roots. I’ll get about three from mine. Erring on the side of caution, I discarded much of the first pan of boiled tea, as it still might have contained some safrole.

But even this measure was probably unnecessary.

“I’m not going to say that safrole isn’t carcinogenic or that there isn’t potential to have a carcinogenic effect [in humans] with safrole,” Thayer says. “But actual scientific evidence … is incredibly flimsy.”

That’s because when researchers tested the effects of safrole on animals in the 1960s, they used very high dosages over long periods of time.

“A human would have to drink many, many gallons a day of sassafras brew to get that dosage,” Thayer says. They’d have to drink even more if the tea were prepared using traditional methods.

Nevertheless, if you have an underlying medical condition, take medication for one, or if you have special dietary restrictions, you might want to consult your physician or pharmacist before filling up your own cup. At least that’s what articles like this one usually say.

But Thayer gave me more to think about in this regard. “This is part of what we call the ‘foraging double standard,'” he says. “If there is any worry about a wild food, it must be mentioned. Similar worries about domestic foods are not mentioned.”

Case in point? Star fruit, grapefruit and fava beans are just a few domestic foods that can be deadly for people with certain health issues.

After my boiling tea cooled, I removed the roots and saved them for later reuse. Then I poured the orangey liquid into a glass, added a hint of honey and some ice, and sipped.

There was the root beer, the citrus, and something extra sweet—memories of Grandma and simpler days.