Save Yourself: Save Your Seeds

For the next 30 days, Vandana Shiva is calling sustainable farmers around the world to fight for the right to save seeds. 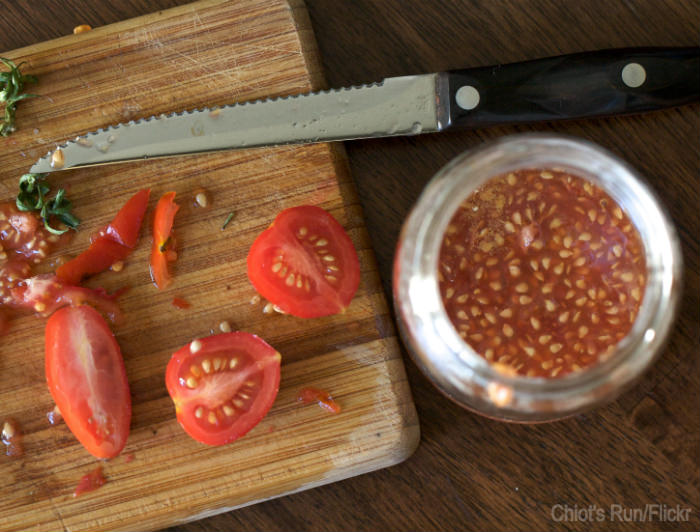 By now, you’ve likely heard about the Pennsylvania Department of Agriculture closing down the Cumberland County Library System’s seed library in Mechanicsburg, Pa. In case you this is the first you’ve heard of this frightening story, here’s a summary:

The PDA says the seed library is in violation of Pennsylvania Seed Act 164. (The website link goes to a somewhat-understandable summary of this much-larger law.) In order to distribute seeds, thereâ€™s a licensing fee, labeling requirements, and testing and certification (for more fees). There is also a whole set of rules for seed libraries. One rule is that seeds can be taken out of the library but not returned to the library. (What kind of “libraryâ€ť is that?) This is in the name of preserving species and reducing the risk of invasive-species introductionâ€”agri-terrorism is what the PDA is calling it. (Every state has a “seed law.â€ť Find your state’s law and seed officials.)

Seed Freedom
Because it’s apparently illegal to preserve seedsâ€”food!â€”in cooperation with a larger community, I think it’s even more important to preserve seeds for ourselves and our neighbors. Other reasons to save seed, as I see it, are food security, biodiversity, to develop varieties of fruits and vegetables that are best-suited for each growing region (not just USDA climate zone, but the actual micro-climate and soil of each area), and because it’s good for community buildingâ€”just not for seed libraries.

Perhaps no one is a more outspoken or well-known advocate of seed saving and diversity than Dr. Vandana Shiva, PhD. I have never met Dr. Shiva, but I have seen her speak several times, including at Slow Food‘s Terra Madre in Torino, Italy, and at a small gathering at the University of Kentucky in Lexington, Ky. I have read so much of her work and hope to some day volunteer at her Navdanya conservation farm in Dehradun, India. In short, I’m a fan.

From Sept. 20 to Oct. 20, 2014, Dr. Shiva’s Global Alliance for Seed Freedom is holding theÂ Call to Act for Seed, Food, and Earth Democracy, asking sustainable-agriculture supporters to reaffirm their commitment to land sovereignty and cultural heritage in an effort to move away from industrial agriculture.

Events are taking place around the world, ranging from gatherings as large as the People’s Climate March during the United Nations Secretary General’s Climate Summit in New York to small-town seed-saving workshops and fall-harvest meals. Find and participate in an event near you during this month, or get on board a major movement.

On the Seed Freedom website, Dr. Shiva says, “Every passing year the interconnected crises of our planet become clearer; we face social, economic and ecological collapse in every corner of our world. Industrial agriculture has degraded our land, destroyed our biodiversity, and uprooted farmers from their livelihoods and culture. By privatizing and patenting the seed, the old economy has created an ecological crisis and an economic disaster.â€ť

What Are You Going to Do? 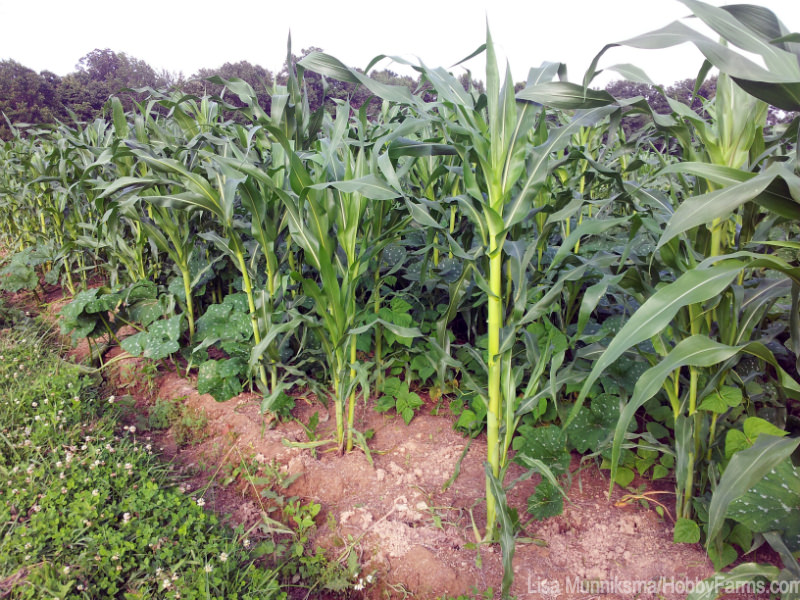 Even a small action to support sustainable farming, seed freedom and biodiversity can make a statement. In my corner of the world, I’ll be helping to harvest heirloom pumpkins, beans and corn from a three-sister’s community plot that’s been planted by Sustainable Agriculture of Louisville since 2008.

What will you do to show your commitment to seed, food and Earth democracy this month? Leave a comment! I’d love to know. I might even be able to write about your cause in a future News Hog entry.

Learn more about seed saving and food democracy from HobbyFarms.com: