Eat local and save money through the art of seed saving. 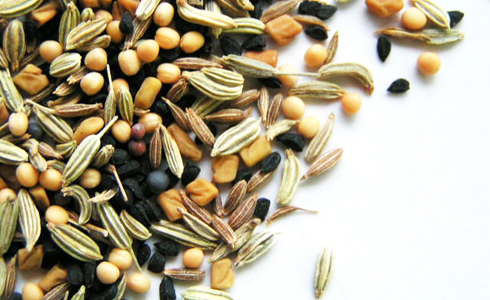 When winter rolls around, save seeds from self-pollinating plants, such as beans and tomatoes, to plant the following spring.

Before you pluck the last piece of produce from your garden and put the patch to bed for late-winter, think about conserving part of the past season by saving your plantsã seeds.

Saving seeds does more than offer you an economical incentive. (Although, being able to avoid buying more seeds next season is a huge plus.) If youãre saving seeds from the biggest fruit on the healthiest, hardiest, disease-free plants, you may be furthering the evolution of that plant species.

And while enhancing the ãsurvival of the fittest,ã you may also be ensuring a better future crop for your own garden. Seeds that are produced locally (and nothing is more local than your own backyard) should be well-suited for survival when they are planted in the same soil and climate that created themãespecially after several generations.

Finally, you can take pride in preserving the past by holding onto a plant that has survived for generations, but may be getting squeezed out of production by growers and suppliers who favor new hybrids.

Here are some rules gardeners can follow when saving seeds:

Choose only open-pollinated varieties of plants.

Open-pollinated vegetables have a wider genetic makeup and are more adaptable to a variety of growing conditions. Often referred to by the non-technical name of heirloom seeds, open-pollinated seeds are the older varieties that have passed from generation to generation. Some were brought by immigrants from the Old World.

This is the best method of saving seeds, unless youãre conducting an intentional experiment in breeding. Popular hybrid plants often produce weak and undesirable offspring in their second generation. Most are sterile.

Beginning gardeners should be saving seeds from self-pollinating plants with both male and female parts on the same flowers. These include beans, peas, lettuce, tomatoes, peppers and eggplants.

Andy Tomolonis is a gardener and freelance writer living in suburban Boston. Follow him on Pinterest: https://www.pinterest.com/andytomolonis/