Farmland conservation requires a three-pronged effort from landowners, communities, and state and federal governments. Learn what you can do to protect yours. 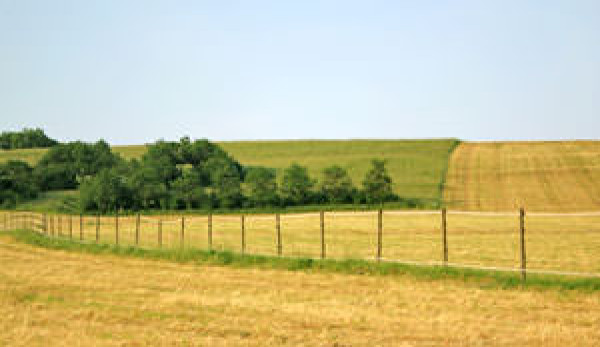 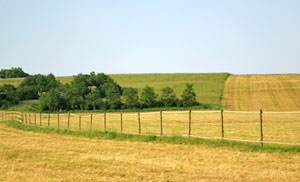 In the 1930s a cloud of dust settled on this country that would change the landscape of farming forever.

The Dust Bowl was felt across the United States, from California, where many of the desperate farmers fled, to Washington, D.C., where even the Capitol building was shrouded in the black dust.

Drought, soil erosion and poor water management had destroyed the rich agricultural lands of the Plains, creating an environmental catastrophe that threatened a way of life.

Farmers left in drovesâ€”the land many had sown for generations was no longer capable of supporting agriculture.

Ironically, it was Orange County, California, many made haste for. Southern California was a sort of El Dorado for them: An agricultural paradise that teemed with life and the fragrance of orange blossoms. There was an orange on every tree and possibility in every inch of its fertile soil. There, the dust of the fragile Midwest was far removed.

Orange County, however, turned out to have a similar fate in store. The Dust Bowl of the 1930s may have swept lands of their fertile soil but the mass suburbanization of Orange County in the 1980s and â€™90s swept the agricultural land away for good.

History of Farmland Conservation
As a result of the Dust Bowl, Congress passed the Soil Conservation Act of 1935. As part of this act, the National Association of Conservation Districts (NACD) was established.

Its purpose was to educate farmers to use environmentally responsible farming techniques that would preserve both the farmland and the quality of the water and air.

The Dust Bowl environmental disaster had ruined thousands of acres of ag land, sent farm families spiraling into poverty, and polluted the air all the way from Nevada to the Eastern Seaboard.

It also proved to many people at the federal and local levels that practicing responsible farming was important to all of us: farmers, ranchers and citizens.

Poor growth management was the cause of Orange Countyâ€™s ag-land loss. Once the capital of the U.S. citrus market, in the year 2000 the county had less than 1,000 acres in citrus groves.
Â
Although itâ€™s largely too late for the once serene land that makes up the county, farmland conservationists around the country took note of the countyâ€™s sordid story and vowed to work to prevent another.

Saving Agricultural Lands
According to Jerry Cosgrove, director, Northeast region, of American Farmland Trust (AFT), a national nonprofit dedicated to conserving farmland, there are three levels of support for farmland protection:
1) as landowners;
2) on the community level; and
3) on the state and federal level.

The Role of Landowners
Landowners, farmland protection advocates say, are truly the key to saving farmland. Three-fourths of the land in the United States is in private ownership, so â€śthe conservation ethic starts with the landowner,â€ť says Cosgrove. One of the most devastating causes of farmland loss is developer pressure on farmers. As subdivisions go up, the value of the land increases drasticallyâ€”pushing up the property taxes as well as the temptation to accept a sweet payout. Jennifer Vincent, AFT communications director for the Central Great Lakes region, points out that the highest quality agricultural land is also the most attractive to home buyers. â€śThereâ€™s an enormous amount of pressure placed on farmers by developers.â€ť

The Role of Communities
Local and county planning boards are important for farmers and farmland.

Itâ€™s at this level that communities decide how to implement federal policies, as well as develop their own.

Many of the laws and farm funding programs that are established on the federal level are either implemented or interpreted and enhanced at this level.

Many ag conservation organizations also operate on this level and itâ€™s an excellent place for a farmer to get involved.

Cosgrove describes it as â€śvertical integrationâ€ť: What an individual farmer says and does at the community level influences the decisions that are made at the state and federal policy level.

â€śIn the Northeast, community land use laws are very much developed at the local level,â€ť says Cosgrove. He adds that small, part-time, and/or hobby farms are an excellent fit for this type of public service. â€śItâ€™s important that we have people who are familiar with the concerns of farmers, but full-time farmers donâ€™t have the time. Theyâ€™re struggling day to day, but many of the part-time or hobby farmers are landowners because they have the choice and the means and own farmland because they want to conserve it.â€ť

The Role of State and Federal Governments
Just as important are programs and support available through state and federal governments.

Becoming Stewards of the Land
â€śI wish I could say there are perfect solutions that can be put into place but weâ€™ve found there is no such thing as a perfect solution,â€ť says Garside. â€śIt takes individual commitment, community commitment, the right policies, and the money to support these policies.â€ť

Three thousand acres of farmland are lost to urban sprawl every day. Seventy-five percent of prime agriculture is at the urban edge and under constant threat from development. â€śFarmland conservation is increasing but thatâ€™s probably in inverse proportion to the perceived threat,â€ť admits Cosgrove. â€śIn some areas there is no ag land left and thatâ€™s where theyâ€™re thinking of it. Where there is land, they arenâ€™t thinking about it.â€ť

Farmers receive many direct and indirect benefits from supporting ag land conservation. Tax deferments or credits, money for development rights, and support for environmentally friendly farming techniques can all be a boon to a struggling farmer.

Indirectly, however, a farmer receives much more: The satisfaction of providing a legacy of farming for future generations. By preserving their own farmland, a farmer can support and strengthen a community they are bonded to and the land that they cherish. The history of their farm, as well as the clean air, water, and rural beauty that the farm supports, is preserved forever.

Garside points out that simply by becoming a farmer you are ensuring that good ag land stays ag. â€śFarmers truly are the stewards of the land.

About the Author: Kristin Mehus-Roe is a freelance writer based in Long Beach, Calif.Â

This article first appeared in theÂ April/May 2003Â issue ofÂ Hobby FarmsÂ magazine. Pick up a copy at your local newsstand or tack and feed store. Click Here to subscribe to HF.