Say Hello To The First Chickens Of Louisiana

The governor of Louisiana recently built a chicken coop on the grounds of the Governor's Mansion. 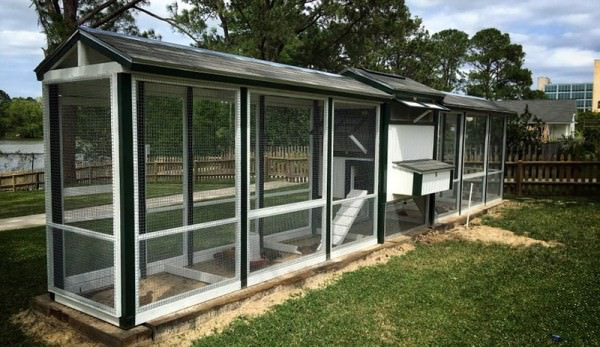 The governor of Louisiana, John Bel Edwards, has erected a chicken coop on the Governorâ€™s Mansion lawn.

When asked about adjusting to his new role as governor in an interview with WWL, the New Orleans CBS affiliate, Edwards said that he decided to keep chickens at the mansion as an attempt to keep himself and his family â€śin touch with who we are.â€ť Edwards makes a stop by the coop to check on his chickens at the end of every day as part of his effort to stay true to his rural roots and â€śget back to a sense of normalcy.â€ť

Although Edwards already owned a coop at his previous residence, he decided to commission a new oneÂ to match the prestige of the Governorâ€™s Mansion, sayingÂ that the old coop simply wasnâ€™t nice enough. The new coop matches the color scheme of the Mansion, and is now home to 16 hens that he hopes will provide eggs to be used in the Mansionâ€™s kitchenâ€”the hens havenâ€™t yet begun laying.

The coop has caused a bit of controversy on social media, where many commenters wondered whether taxpayersâ€™ money had been spent on it. However, Edwards has since stated that he paid for the coop and chickens with his own money.