The USDA is taking action against widespread viruses that affect pigs in different parts of the world before they cause problems in the U.S. 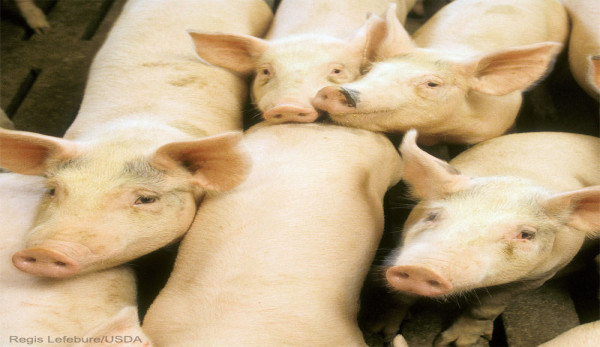 USDA scientists are stepping up their efforts to help fight deadly swine viruses that are prevalent in other countries and pose a threat to the United States.

Microbiologist Manuel Borca, with the Agricultural Research Service Foreign Animal Disease Research Unit, located at the Plum Island Animal Disease Center in Orient Point, N.Y., is developing vaccines, diagnostic tests and other strategies to help control classical swine fever. The highly contagious disease has been eradicated in the United States, but itâ€™s still present in wild boars in Europe, where it can infect domestic pigs. All pigs within close proximity of an infected animal must be destroyed to prevent spread of the disease.

Borca and his colleagues are developing CSF virus strains for vaccines that would make it possible to differentiate between animals that have been vaccinated and animals infected with a wild type of the virus. In patented research, Borca introduced a genetically manipulated marker virus that can be distinguished from a wild virus. The marker virus produces early immunity against CSF within the first week after vaccination.

Scientists also have developed a polymerase chain reaction assay that detects the CSF virus in infected animals before signs of the disease appear.

Another disease of major concern is African swine fever, which is spreading in Europe and Asia. There is no cure or vaccine for this virus, which kills all infected pigs within a week. Scientists at Plum Island have renewed efforts to help control ASF. In the past, they identified several genes that, if eliminated, would reduce the virus’ ability to cause disease, and used the technique to develop less virulent viruses that protected animals against ASF.

Today, Borca is using this same approach to develop genetically modified viruses that could lead to vaccines to protect against the ASF strain that is killing thousands of animals in the Republic of Georgia and the Caucasus region. Testing is under way to discover if these viruses will make vaccine candidates.