Environmental concerns over pesticides has led to research on how endosulfan moves through the environment. 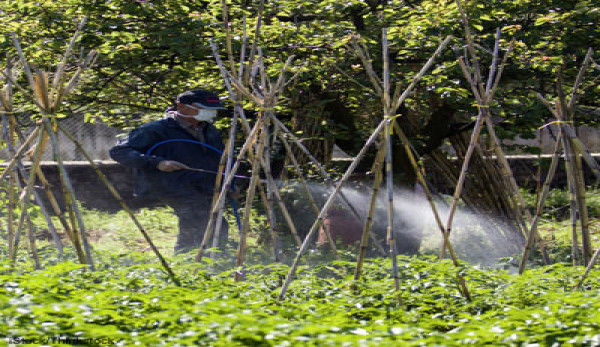 USDA studies have provided new information about how the pesticide endosulfan moves through the atmosphere and how its molecular structure can change after itâ€™s applied to crops.

The researchers found that samples from all three sites were dominated by gaseous concentrations of alpha-endosulfan, the pesticide’s more volatile form. Average atmospheric concentrations of alpha-endosulfan in the Homestead samples were 10 times greater than levels in the Everglades samples, and 100 times greater than levels in the Biscayne samples.

Results from other modeling and real-time observations indicate that with the right meteorological conditions, atmospheric levels of endosulfans can increase by drift as well as by volatilization. This information can be used to help determine the fate of the pesticide in the environment.

However, Hapeman’s group found that beta-endosulfan could easily change into alpha-endosulfan in a process called isomerization, a chemical reaction where one molecule is changed into another molecule, which explains why beta-endosulfan was detected much less frequently during atmospheric sampling.

Hapeman works at the ARS Environmental Management and Byproduct Utilization Laboratory in Beltsville, Md. The scientists published their findings in a 2013 issue of Atmospheric Environment.