Some restaurateurs are trying to teach people about sustainable fish by offering more of it. 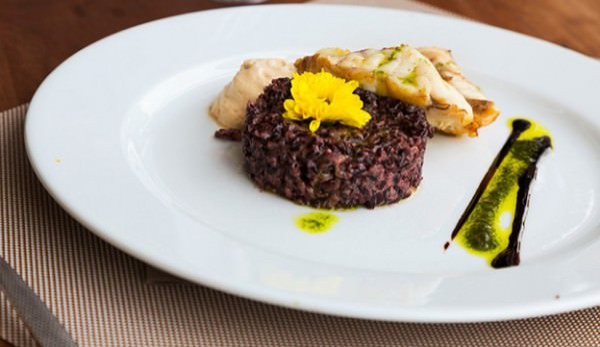 When you go out to dinner and look at the menu, do you wonder how much of the ingredients came from a sustainable source? Would you want the server to give you all of the details immediately upon giving you the menu or would you rather seek out the information yourself?

At Seamore’s a seafood restaurant in New York, the goal is to offer sustainable fish without turning it into a schoolroom lesson. Instead, a blackboard displays the specials. Covering a whole wall of the restaurant, the blackboard gives out information to those who want to learn about the fish being served at Seamore’s, The New York Times reports.

“Once they see the board, everybody gets pumped,” Michael Chernow of Seamore’s told The New York Times. “‘Wow, look at all these fish, and I’ve never tasted them before.’”

Many people stick with the traditional fish and seafood dishes – lobster, salmon, tuna – without realizing that “much of it [is] endangered and the product of dubious (if not destructive) fishing practices,” according to The New York Times. Restaurants such as Seamore’s are seeking to change that by offering wild and local fish that are not facing extinction as well as the invasive species that put the fish at risk for extinction, The New York Times reports. By serving these fish, restaurateurs believe, they are opening the eyes and minds of diners, which will, hopefully, lead to more restaurants serving a larger variety of sustainable fish.

Not only does the larger variety of sustainable fish help the threatened species, it also means the cost is lower. The only problem? Some may be resistant to the change.

What do you think about restaurants offering more sustainable fish choices on their menus? Would you partake even if it were a fish you’d never heard of before?