Photo by Audrey Pavia Gwennyth is off sitting on eggs somewhere. Gwennyth was our first hen. We actually thought we had gotten three hens, but it turned out two of them were roosters. Gwenny was our only girl. The tamest of all our chickens, Gwennyth is special. She doesn’t look like the other hens, all of […] 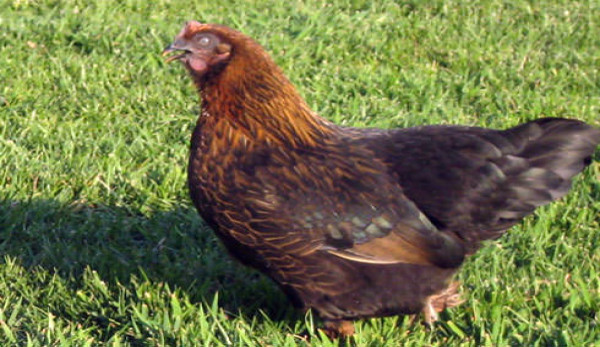 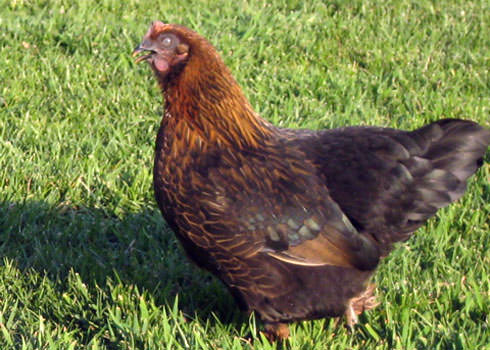 Gwennyth is off sitting on eggs somewhere.

Gwennyth was our first hen. We actually thought we had gotten three hens, but it turned out two of them were roosters. Gwenny was our only girl.

The tamest of all our chickens, Gwennyth is special. She doesn’t look like the other hens, all of whom are related. The Jo’s, as well call them, are all grey. Gwenny is black and brown, with feathers that glow iridescently when the sun catches them right.

About three weeks ago, Gwenny disappeared. Unlike the first time she pulled this stunt, I didn’t panic. The first time it happened, I thought a hawk had carried her off or she had wondered out of the backyard and was taken by a dog or coyote. I did eventually find her, sitting on a clutch of about 20 eggs. She was well stashed under a bush, invisible to the casual eye. I only knew to look for her because I saw her with the flock for a brief moment one day, when she came out to eat. She then disappeared, clueing me in that she was off sitting on eggs somewhere.

Well, she’s done it again. The problem is that this time, I can’t find her. I’ve looked under every bush on the property, twice. The only thing I haven’t done is climb on the very steep slope at the back of our yard, which is covered with coyote brush. She might be underneath one of those plants, though I did try spraying the hill with the garden hose, to no avail.

Whenever I think of it, I go searching for her. I actually thought I’d found her the other day when I was looking under some self-planted bushes that are growing where our raised vegetable garden used to be. (Who has time to tend to a veggie garden when you have so many critters to care for?) I walked along the back lawn, probing and prying around the bushes in the raised bed. I noticed a clucking sound as I searched and was sure I was close. I lifted every bush to the point where I nearly pulled it out of the ground. The clucking continued, but no sign of Gwennyth. I finally gave up and walked away, and then noticed the clucking sound was following me. Turns out it was coming from my Crocs as I moved across the damp lawn. Duh!

Meanwhile, time ticks on and still no sign of Gwennyth. I’m growing increasingly worried. Not because I think something may have happened to her—I’m sure she’s fine. Proof of this is that the other chickens are very relaxed and going about their business, which they wouldn’t be if one of their own had been taken by a predator. No, Gwennyth is sitting on a clutch of eggs somewhere. If I don’t find her soon, she is going to show up with a brood of mixed-breed bantam chicks, half of which will be roosters. The thought of it fills me with dread.

I’ve GOT to find that hen.