Got ‘Ugly’ Seconds Produce? Get A Field-Gleaning Plan

Starting a field-gleaning program to donate seconds produce is a great way to help others—and reap benefits for your farm in the process. 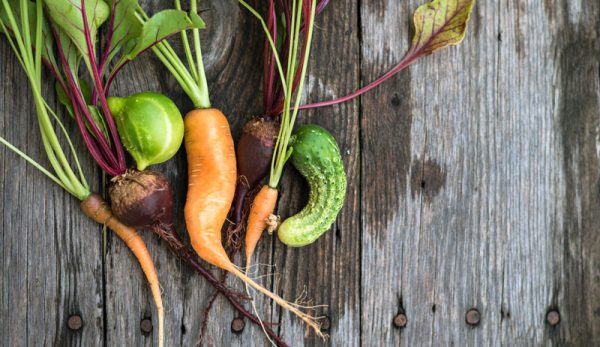 Over the last several years, William Harriman suspects he’s donated nearly half a million pounds of fresh seconds produce to his area food bank. The cantaloupes, tomatoes, winter squash, and other fruits and veggies on offer weren’t necessarily pretty. But, then again, that’s the point.

“A lot of times I would think, ‘Oh, nobody wants this stuff,” says Harriman, owner of Harriman Farms in Spencer, Indiana.

“Then I’d call the person in charge of gleaning at the food bank, and they’d say, ‘This stuff is nicer than what anybody else gives us. This stuff is good!’ So, even if you think your stuff is junky, it kind of depends on what your standards are.”

It also depends on the level of need in your community.

According to a September 2019 U.S. Department of Agriculture report, 14.3 million households were food insecure in 2018. That means they “had difficulty at some time during the year providing enough food for all their [family] members due to a lack of resources.”

By starting a field-gleaning program on your farm, you can help make a dent in food insecurity in your own neck of the woods.

Doing so can spell the difference for families in need, but you can reap some direct and indirect benefits, too. For instance, it’s possible to deduct certain in-kind charitable donations on your taxes. (Just keep in mind that there have been some recent tax code changes that may affect you.)

Learn 6 ways you can fight hunger with your garden.

“We can’t afford to go out and pick stuff just to give it away,” Harriman says.

Instead? Volunteers from the Hoosier Hills Food Bank sometimes come to pick seconds produce themselves. They may also leave their own large, empty containers behind for Harriman’s use.

“A lot of times, when we pick stuff, we’ll bring it into the packing shed and grade it. And we put the stuff that we think they would want into their containers.”

Obviously, some produce lends itself better to a field-gleaning program and donation than others. Such as?

“Watermelon is better than cantaloupe,” Harriman suggests. “Because cantaloupe—one day it’s ready and the next day it’s overripe!” Durable items like winter squash, bell peppers, and potatoes are other good bets.

Still, that doesn’t mean you should avoid offering more perishable items, if they’re available. In part, timing and need dictate what charities can use from your field-gleaning program.

“It’s different at different times of the year,” he explains. “The food bank will get to a point where they have more tomatoes than they need. They may say, ‘We don’t need any more!’ But, normally, that’s just for a couple of weeks.”

Harriman adds, “I had some tomatoes that sat around for a while. A lot of them had bad spots on them and they were already picked. Some of them were going bad. The food bank came out, sorted through them, and they were happy to have them, because it was October and nobody else had any tomatoes.”

No matter what your field-gleaning program donates, be clear about what you have to give. If you’ve pre-packed donations to be picked up, label them carefully to avoid mistakes. “If you are in a hurry, sometimes people misunderstand and they might end up taking the wrong thing,” Harriman says.

Follow these 4 tips for improving your farm’s produce harvest.

Being mentioned after supporting such groups with your culled seconds produce can help to generate goodwill with current and potential customers. Of course, Harriman notes, “I don’t really do it to brag about it.”

He has benefitted from the practice though.

Previously when packing tomatoes or peppers, he and his staff would toss the rejects into a manure spreader to be emptied back onto the fields. “When we weren’t donating to the food bank, [the manure spreader] would get full really fast, and we had to dump it all the time.”

And each time they had to empty the spreader, it meant shutting down the produce-culling line. “It was a disruption to have to go and dump it,” he says. “If we had donated that stuff to the food bank, most of that goes to them instead of in the trash. It’s better to be able to haul the junk out of there instead of letting it rot in the field.

“And there’s the benefit of not seeing stuff go to waste and helping somebody.”