What to Expect During Large-Animal Sedation

Sometimes sedation is necessary for a veterinary procedure on your farm. Here are some common drugs and how they affect livestock. 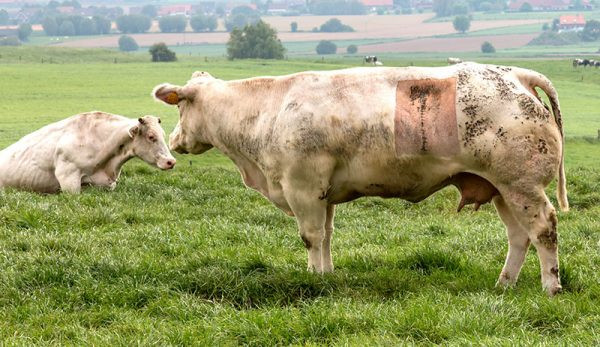 Before the advent of our modern tranquilizers during the past 20 years, farm animal medicine was a bit of a circus. Placing nasogastric tubes down conscious horsesā noses or suturing up an eyelid laceration would be very delicate business indeed without the proper sedative, not to mention dangerous for the animal patient as well as the human handlers.

As such, there might come a time on your farm when a veterinarian needs to sedate one of your animals. While many minor surgeries (and some major ones) are commonly and humanely performed using local anesthesia, others require general sedation. Here are some of the most common drugs used and what you need to know about how they affect your animals.

A very common sedative, xylazine is quick to act and provides a moderate level of sedation and some muscle relaxation for minor procedures. Many equine procedures such as dental floating start with this sedation. Keep in mind this interesting note for all sedatives and tranquilizers: Not all species (and not all animals within a species) react the same way to a certain drug. Xylazine illustrates this: Ruminants metabolize this drug differently than horses do, so the dose used for cattle is much smaller than what is used in horses. Sheep and goats are even more sensitive to xylazine and require a dose smaller than what is given to cattle. Rare and “heirloom” breeds of small ruminants are particularly sensitive and should be given the smallest dose necessary.

Commonly referred to as “ace,” this is a very common mild tranquilizer used mostly in horses. For some minor surgical procedures it can be combined with other sedatives. Ace has a bit of a shady side as individuals have been known to illegally use it in show prospects to calm down excitable animals in the ring. Many larger competitions test for this drug during a show.

This is not a sedative but deserves mention because it’s the most common local anesthetic used by veterinarians on the farm. This is a drug used to numb a specific area, such as an incision site. Vets use lidocaine to numb where they will cut open a cow’s abdomen to fix a twisted stomach (also called a displaced abomasum) and where they make the incision for a C-section. There are many interesting aspects to lidocaine, as it’s also used as a cardiac drug. Its time span of action is also relatively shortāit provides only an hour or so of complete numbness, but this is long enough to last through a surgery and subsequent placement of sutures.

If one of your animals requires sedation, the animal will still probably bear residual impact of the drug after the vet leaves. After the procedure, keep the animal confined in a place free of objects on which it could hurt itself (no rope, hoses, low lamps or cords, for example) and ideally alone until the sedative wears off. This might take a few hours. The animal will probably hang its head and appear quiet, but it might startle easily and sometimes overreact to loud noises. Although an animal might appear sedated and calm, never become complacent, because its prey response to sudden stimuli might be unpredictable. Keep the area quiet and calm while the animal recovers.