Seed Sales Soar In Response To The Coronavirus

People are responding to coronavirus stay-at-home orders by buying seeds in record numbers. We spoke to suppliers about what this means. 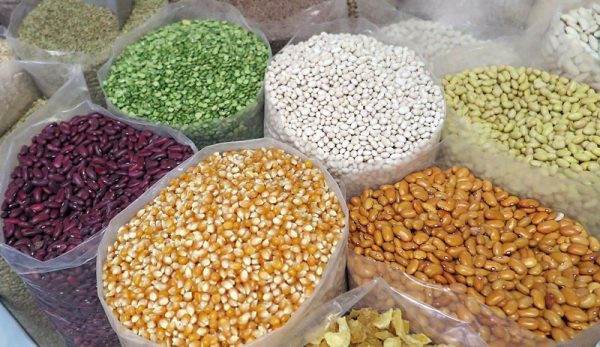 Seeds, like toilet paper and hand sanitizer, have always been a simple purchase. But in the age of the the coronavirus, nothing is simple anymore.

Head on over to your favorite seed merchant website and youŌĆÖll probably see a sign that says the website is down due to a high demand for seeds. Many companies have had to shut down their websites or stop taking phone orders for seed sales until they can fill their backlog.

Remember these 6 things when you’re finally able to place your seed order.

He says that seeds are in high demand by gardeners of all stripes. ŌĆ£There are three types of gardeners: the enthusiastic gardener who is always going to garden; the one who will garden unless they get a better offer, such as a summer vacation; and now we have the new gardener who is concerned about their food supply.

Johns says that his sales had ticked up gradually since January, but they increased sharply when the stay-at-home orders began. He saw a seed run during the Great Recession from 2007 to 2009, as well as during the Y2K fears in 2000.

But Johns says in the 35 years heŌĆÖs been in business, heŌĆÖs never experienced such a surge in seed sales.

Adapting to the New Normal

Jennifer Tuzzeo, marketing manager from Botanical Interests in Broomfield Colorado, says seed sales have soared over the last six weeksŌĆöas much as 600 percent over last year at the same time.

ŌĆ£We are seeing a lot of new gardeners who decided this is the season theyŌĆÖll finally start a garden,ŌĆØ she says. ŌĆ£Not surprisingly, consumers are focused on vegetable seeds. But flowers and herbs are also in higher demand than usual.ŌĆØ

Phil Kauth from Seed Savers Exchange in Decorah, Iowa, says the demand for seeds has been crazy.

ŌĆ£And it’s not just SSE,ŌĆØ he says. ŌĆ£It’s all seed companies! We would be okay if we were working normally, but weŌĆÖve had to reconfigure the seed house to account for the social distancing aspects, which has slowed us down.ŌĆØ

Johns agrees. ŌĆ£We canŌĆÖt have as many people on the floor at the same time working, so we had to break it up into two shiftsŌĆōday and a swing shiftŌĆöand extend our hours. WeŌĆÖve shut down our retail shop because itŌĆÖs attached to our warehouse and we canŌĆÖt risk getting anyone sick.

“WeŌĆÖre concentrating our sales to help the most gardeners, so weŌĆÖre only taking internet orders. And then we were 10 days behind on our internet orders, so we had to shut the website for two weeks. But weŌĆÖre up and running now.ŌĆØ

Preparing seeds to sell is also slowing things down for companies.

Seed numbers are largely determined by sales from the previous year. The seeds are checked for germination and packets are filled.

So now, to fill the new demand, seed companies have to make more units. Envelopes have to be printed out. Bulk seeds have to be brought out of climate-controlled warehouses or sourced from other places. Envelopes need to be filled.

Some varieties take longer than others to refill.

“We have various machines that fill packets,ŌĆØ says Tuzzeo. ŌĆ£But some need to be hand packed. ItŌĆÖs a lot of work. Because of this, we might not have as many varieties to pick from. For instance, Territorial Seed refilled 800 packets of Blue Lake pole bean and they sold out over one weekend.

Tuzzeo says although they were finally able to get their stock back up to speed, shipping times are an issue that they canŌĆÖt resolve.

ŌĆ£USPS is taking longer than usual to deliver packages,ŌĆØ she says.

Check out these three ways to dry seeds for use next year.

Johns says he believes he can get orders out by May 15th, which is when the customers who live in the northern altitudes will need them. Tuzzeo says they are currently filling new orders and staying on time.

Kauth says he doesnŌĆÖt know how long it will be before SSE will take orders again.

If you canŌĆÖt find seeds to buy, turn to your fellow gardeners and ask if they have any to share. Also consider purchasing seedling plugs and starts from your local gardening center.

And of course, inquire about seeds for sale there. Many shops have curbside service.

Kauth says another option is to order on SSEŌĆÖs Exchange platform. ŌĆ£Sign up and you can order seeds by requesting them from Heritage Farm, or IA SSE HF, which is us.ŌĆØ

You can also list seeds of your own to swap with other gardeners.

ŌĆ£If one good thing comes of this craziness, it’s that people will garden and support their local farmers and CSAs more,ŌĆØ says Kauth.

It is currently unknown how long this pandemic will go on. So if you have a seed variety that you like to grow, do as your ancestors who passed down the seeds did: Collect them and safeguard them for next year.

And it’s not just seeds that have people in a tizzyŌĆöhatcheries are having a moment too.

Meghan Howard, website manager for Meyer Hatchery, says while spring is always their busiest seasonŌĆöprimarily the months of February, March and AprilŌĆöthey are definitely seeing a much higher volume of sales and traffic for their retail store, website and call center.

ŌĆ£Some are parents at home with kids,ŌĆØ she says. ŌĆ£They want to move up their order or place a new order since everyone is home. Many other people are concerned about the food supply chain and want to make sure they have a meat and egg source.ŌĆØ

High product layers and meat birds, such as Cornish Cross, Ranger Broiler, Golden Buff, Leghorns and Broad Breasted Turkeys, are the most in demand.

The hatchery is only able to fill as many orders as they can week by week, but they havenŌĆÖt increased production, as that takes planning from the previous year.

ŌĆ£What that means is that weŌĆÖre selling further out. Instead of being a few weeks out on most breeds, we are months out.ŌĆØ

The coronavirus restrictions havenŌĆÖt placed a burden on the hatchery, as it is an open space. However, everyone wears face shields and masks, and deliveries are made via drive-through.