Salt, Selenium & Sheep: Getting Your Animals The Minerals They Need

Too little or too much selenium can prove fatal, and salt blocks alone cannot guarantee sufficient amounts. Here are ways to get sheep what they need. 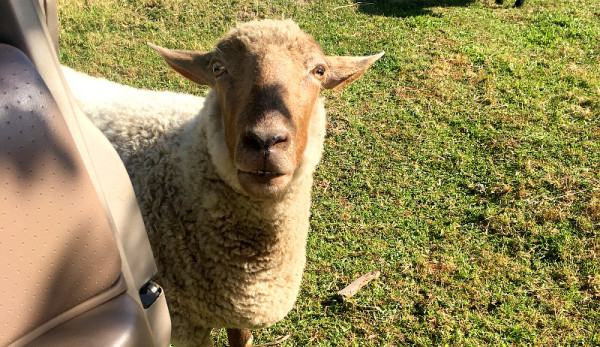 It often feels like sheep were born waiting to die. They do so abruptly and without showing symptoms until itâ€™s too late. It is sad, if not surprising, when a weak lamb doesnâ€™t make it. But when multiple big, fat sheep start dying for no obvious reason, itâ€™s a shock to the heart and the wallet.

Not long ago, this is exactly what happened to a few of my sheep-shearing customers. In every case, necropsy reports revealed selenium deficiency to be the culprit. That finding, however, only added to the mystery. Every farmer had provided the sheep with mineral and salt blocks, most of which contained selenium. How could the sheep possibly be selenium deficient?

A few factors came into play, but first, here are some basics. Sheep need many essential nutrients. These include sodium and chloride (salt) as well as selenium, a naturally occurring mineral. Sheep rely on forage, which typically contains scant amounts of salt. To supplement, farmers hang salt blocks or pour loose salt into feeders. Sheep who donâ€™t get enough salt will lick urine, eat dirt, and even chew rocks, wood and metal to satisfy their need for this important nutrient.

Minerals are served up with salt because sheep love it. Salt serves as a carrier, disguising the smells and flavors of minerals that donâ€™t taste so great on their own. Salt also helps sheep regulate intake: They wonâ€™t eat too much at once.

Selenium is a bit different. Some soilsâ€”especially in the western U.S., Great Plains and Rocky Mountainsâ€”contain selenium, but most American soils contain very little. Plants that grow in high-selenium soils, though, will also contain selenium. As with so many things, too much selenium can be almost as harmful as too little. Selenium poisoning (also called alkali disease) occurs when animals consume too much selenium for too long. Symptoms of selenium poisoning include hair loss, hoofs sloughing off or flaking, and lameness.

We know the quantity of selenium matters, but the means of delivery matters, too, because the format affects animal intake. This is true even when a block supplement and loose supplement have the same quantity and variety of nutrients.

First, thereâ€™s the relationship between format and animal feeding behavior. Salt and mineral blocks are easier for us humans to manage in terms of delivery and effort, but blocks are not the easiest format for sheep to eat. Blocks need to be licked, while loose, granular salt and minerals can be licked or chewed. Changing the salt-and-mineral format from block to loose helps sheep eat more adequate amounts of what they need.

Loose, granular supplements are optimal for a variety of livestock, too. If you have goats, cattle, alpacas, llamas and cows, all of them can get what they need from the loose variety, while blocks donâ€™t work equally well for all species.

This brings us to block composition and varieties on premises. Some salt blocks are just that (sodium and chloride and nothing else), while other salt blocks include multiple minerals, including selenium. Some farmers provide sheep with both kinds of blocks simultaneously, hoping to maximize salt intake, but this can reduce mineral intake: Sheep can obtain all of their salt from salt-only blocks, and none (or less than needed) from the blocks with minerals, leading to mineral deficiency.

Fortunately, thereâ€™s a straightforward solution to this, which is to provide sheep with just one source of salt, ideally a loose one that includes minerals. Sheep should have access to it at all times, or as often as possible, which makes them more likely to get their required quantities of nutrients. An example is Championâ€™s Choice, Sheep & Goat Salt With Selenium, and it’s a favorite among my customers and their vets. (No, Champion is not a sponsor of mine.)

Most of us humans have adequate amounts of selenium in our diets, and our sheep can, too.