Before adding quail to your farm, make sure you understand their unique housing needs. 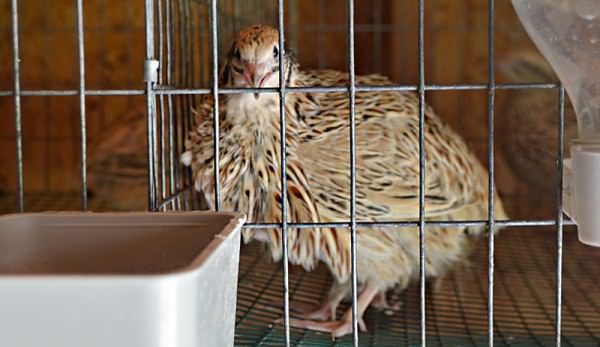 I’m interested in adding quail to my farm, but I’m not sure what housing they would require. Can you help?

First of all, several species and strains of quail are available for rearing. The bobwhite quail, also called the northern bobwhite, is the most common in captivity and in the wild, and it’s popular because of its distinctive call. It’s also the top game bird in the southern and eastern United States. Five subspecies of bobwhite quail are found in the U.S.—the eastern, plains, masked, Texas and Florida bobwhite—and other well-known species include the button, Japanese and California quail. Many of the commercially available strains, including the Pharaoh and Jumbo bobwhite, have been selected for specific marketing traits, such as meat production, egg production or appearance. The Pharaoh and Jumbo bobwhite are predominantly meat birds, while Japanese quail are kept mainly for egg production. All species and strains of quail are gallinaceous, which means they belong to the order Galliformes, making them related to grouse, turkeys and chickens.

Quail grow rapidly, can mate as early as 2 months of age and produce hatching eggs after another month. Meat-producing quail are ready for slaughter or release into the wild by 8 weeks of age and onto shooting preserves by 16 weeks. Major markets for live birds include hunting preserves, training of hunting dogs, rearing for private release, and private and public aviaries for educational purposes.

Whether you hatch your own quail eggs or rear day-old chicks, you will need to plan for the critical first few days of your birds’ lives. Place the chicks in a warm environment—88 degrees F—that has water and finely ground feed readily available. For the first two weeks, the corners of the pen should be rounded off to prevent the chicks from piling in the corners when frightened and accidentally smother each other.

Because quail are very sensitive to a disease called ulcerative enteritis, aka quail disease, a bacterial infection in the birds’ small intestines, quail are commonly raised after brooding on wire-floored pens. (Quail disease spreads through the feces of contaminated birds, so keeping them away from their droppings is paramount.) The enclosed pens also protect them from predators, as quail have a significant number of critters out to get them. Because of this, pastured or free-range birds are not recommended; they’ll simply fly away. Trimming their wing feathers could keep them in an open pen but would prevent them from escaping predators—avian and mammalian—should one manage to get into the pen. The wing feathers will eventually grow out, too, requiring continual trimming to keep the birds from escaping.

As The Quail Grow

Allow 3/10 square feet of space per bird until 14 weeks of age and then 2 square feet per bird after that. If you are rearing quail for egg production, they can be kept in smaller pens that discourage flying, and you can also slightly slope the cage floor to allow the eggs to roll to the edge where they can be collected. A shaded enclosure where birds can seek relief from wind and cold weather is important to keep the birds safe and warm, and a soft roof is recommended to protect their heads if they are frightened and fly straight up.

Quail are wary of movement over their heads, whatever it may be, so take care when siting your pen: Easily movable and cleanable structures are best. All birds can be brooded in a similar pen, but after the birds reach 6 weeks of age, different housing is required, depending on the reason the birds are being raised. Many examples of different housing are available online.

Not many medications are available for treatment of quail diseases, so cleanliness, sanitation of equipment, and biosecurity are very important in managing the birds. Because some quail species are considered game birds, you will need to check local, county and state regulations for possession and propagation of upland game birds. Your local land-grant university and county extension office is another excellent resource.

This article was written by R. Michael Hulet, PhD, associate professor of poultry science at Penn State’s College of Agricultural Sciences, and was vetted by Dr. Lyle McNeal.

This article appeared in the July/August 2015 issue of Hobby Farms.