Share Your Harvest With Wildlife—And Still Have Enough To Eat

Some gardeners build Fort Knox around their vegetable plots to keep wild animals out. I simply grow enough to share. 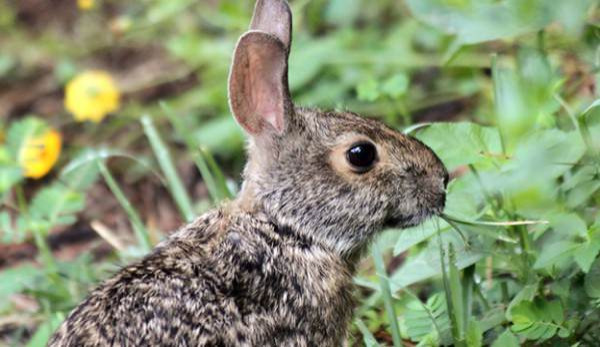 Until this spring, my mother owned a garden store, which she stocked with a few items intended to scare animals away. If there happened to be more than a couple customers in the shop when someone asked what to use to keep the rabbits away from their broccoli, everyone became an expert.

After running a farmers market booth for 10 years and working with my mom at her store for longer, I’ve heard just about every idea in the book. It seems there are quite a few agrarian legends tangled up with some of the ideas. I’ve had customers swear by hanging human hair in nylon stockings around the perimeter of the garden. I’ve been told that human urine will repel four-legged creatures of various kinds, but that it needs to be routinely reapplied. My mother sold quite a lot of bloodmeal to sprinkle around delicate vegetables and flowers.There are physical means of protection, too, of course. For fruit trees there are nets that keep the birds from sitting on a branch and stripping your harvest bare. We sold plastic tree wrap to protect the trunk of winter-bare fruit trees from deer browsing.

Tree-nibbling deer are perhaps the most vexing for me, as I’ve had a difficult time getting my orchard established. When I finally started to make progress one year, I went out during late winter to find that some of the neighborhood deer had eaten my cherry trees down to living matchsticks that barely extended an inch above ground. When they don’t just eat the whole tree, they strip off the bark in wide patches, leaving a stressed and easily diseased tree for me to support come spring. Driving through some of the mountainous regions when we travel the country, I see that some folks give up on the small measures altogether and just go in for a tall fence with a latched gate. Some of these measures are really quite extravagant, making them the Fort Knox of vegetables.

When someone asks me what I do to keep wild animals from making a meal out of my garden, my answer is simple: I don’t fight the animals.

Instead, I plant enough for me, plus some extra to account for what I wind up sharing. There was only one year that I had to deal with the animals being greedy enough to take more than their fair share. That was the first year we were here, and I suppose the animals hadn’t signed on to my unwritten contract yet. I had just planted my tomatoes the night before and upon entering the garden the next morning, I was presented with a landscape of left over nubs. The deer responsible hadn’t even bothered to try to blame it on the rabbits, leaving clumsy hoof prints up and down the row. It looked like there had been quite a party.

My mother taught me to never give up on a plant, even if it looks like it’s beyond help, and so I left those leafless stumps where they were. We had the best tomato crop we’d ever had that year when those tomatoes surprised us all and came back stronger than before.

These days, I plant enough to share, and then I plant things specifically for the animals on the outskirts of the property. We haven’t found anymore prints in the garden, so perhaps they’re just more crafty about hiding the evidence. I like to think that the mulberries and small tasty shrubs I plant on the property line satisfy their hunger before they ever reach the things on the interior that I’d like to keep for myself.

Do you fight with the animals or give in and feed them?