Last week a man came to shear our sheep. 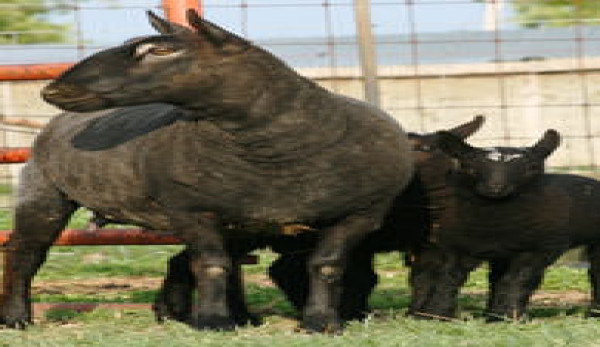 Last week a man came to shear our sheep. It was exciting! Uzzi and I watched from a distance. Weâ€™re glad we donâ€™t grow wool.

The shearerâ€™s name is Paul Ahrens. Heâ€™s been shearing sheep for 30 years. He travels all around and shears thousands of sheep every year. Heâ€™s fast and good at it too!

He uses shears powered by a motor that hangs on the fence, so his shears arenâ€™t bulky like Mom and Dadâ€™s and he uses the New Zealand method to shear sheep.

The New Zealand method is also called the Bowen method because it was invented by a man named Godfrey BowenÂ and his brother, Ivan.

They discovered that they could shear quickly and accurately by moving the sheep through a series of five positions that stretch its skin so the skin wonâ€™t get cut. Ivan celebrated his 90th birthday by shearing a sheep in 2.41 minutes. Wow!

Before there were electric shears, people sheared with hand shears they called blades.

In 1892, an Australian namedÂ Jackie Howe sheared 321 sheep in 7 hours and 40 minutes using blades. He also set a weekly record, shearing 1,437 sheep in 44 hours and 30 minutes. That record still stands.

The fastest shearer nowadays is a man namedÂ Brendon Boyle. In 2007, he sheared 973 sheep in 24 hours, averaging 1.14 minutes per sheep.

Our sheep started out woolly and ended up with cool summer dos. They didnâ€™t like it, but their fleeces keep growing unless theyâ€™re shorn, so they knew it had to be done.

Our sheep had 3 to 5 inches of wool to be shorn. Thatâ€™s nothing compared to a famous Merino sheep namedÂ Shrek. Shrek hid out on Bendigo Station in New Zealand for 6 years while his wool just grew and grew. When he was shorn on New Zealand TV, his fleece weighed 60 pounds and was almost 15 inchesÂ long!

Have you ever seen anyone shear a sheep? You can! ClickÂ here to watch people learning to shear at a Vermont sheep-shearing school (try to say that really fast 10 times) using electric shears and old-fashioned blades.