Whether used for meat, wool or show, sheep may prove to be an economically viable option for small farms in 2011. 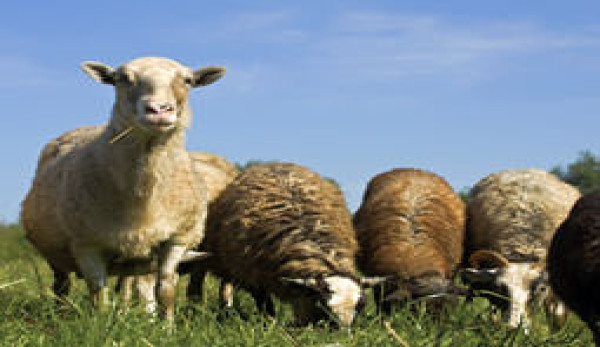 Although volatile livestock and agriculture markets have caused producers headaches during the economic downturn, small-scale farmers hoping to earn a profit from their livestock might want to consider turning to sheep. According to reports from this yearâ€™s North American International Livestock Exposition, North American sheep producers remain optimistic despite tough economic conditions because of the viability ofÂ keeping sheep for meat, wool and show.

Sheep for Meat
Goat and lamb meat are two of the most consumed meats in the world, therefore the markets for them remain steady, says Stanley Poe, a sheep breeder who, with his sons, manages 500 sheep at Poe Hampshire Farm in Indiana.

Sheep for Wool
Sheep wool is also experiencing a steady market upswing and being sold at record-high prices, Poe says.

Demand forÂ wool is especially high in foreign countries, suck as China, according to Dean Wallace, former sheep producer and a University of Kentucky county extension agent. A versatile raw material, he notes that in addition to the fiber materials, wool products include piano keys, tennis balls and insulation.

Show Sheep
Profitability from sheep does not only exist with sheep byproducts, but also with the buying and selling of show animals. Some sheep breeders make their money selling breeding stock, Poe says.

Many sheep-breeding programs produce successful show and market animals with desirable genetics and build. At the 2009 North American International Livestock Expositionâ€™s Sale of Champions, the selling price for the champion market lamb was $13,000.

Although not every sheep entry is eligible for the Sale of Champions at the NAILE, sheep exhibitors can still make a sizable profit by selling their sheep at various county fairs or private auctions. Market lambs appeal to FFA and 4-H members because they can be bought, raised, exhibited and sold in the same year. Plus, they cost less to show than other livestock, like market hogs or market steer, says Poe.
Â