Or maybe this sheep just wants to have a good time. 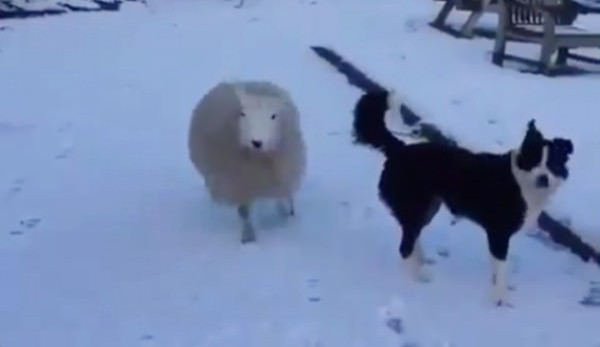 We’ve all heard someone say “just be yourself” (whether it was directed at us or at someone else). For some that’s easier said than done. What may be the hardest part is behaving how we want without fear of being laughed at or criticized. The sheep in this video doesn’t know that fear and just does what he wants… which, in this case, is acting like a dog.

He may not know he’s a sheep. He may even think he’s a dog. But we’re guessing that even if he did know, he wouldn’t care. He’s going to have fun running around and playing with the dogs and it doesn’t matter that he’s different. We should all be that fearless.