Sheep Wool Has A Place In The Garden

While sheep themselves may not be welcome among planted rows, their wool makes an excellent addition to the garden as mulch, fertilizer and more! 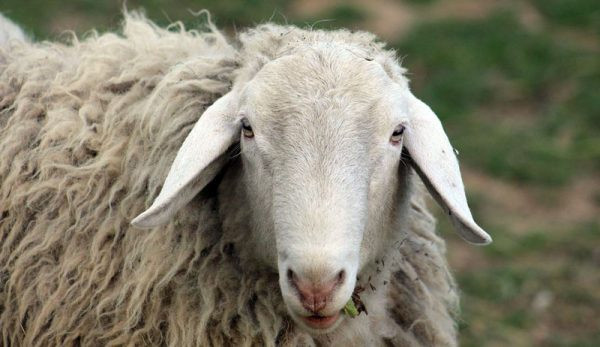 It’s true: you wouldnāt put your sheep in your garden unless you wanted the entire thing to be eaten to the ground. But (after itās sheared) your sheepās wool is honestly just the thing to put in the garden!Ā

First things first: My husband and I shear our own flock of 15 North Country Cheviots. We just donāt have a big enough flock to warrant a shearer coming to our place. And so, after attending a super āShearing Schoolā at Purdue University, we decided we could do it!

We bought the shears (recommended by our teacher at the school). And three years later, we areāsort ofāproficient. At least this year we were able to get off the wool in almost one piece.

A professional shearer might take the wool and sell it for you. But we have had several feed bags full of wool from last year. And this year we really don’t want to throw it out. Ā

Sheep Wool In the Garden

Recently I saw an article from a shepherd in the UK outlining all the benefits of āwaste woolā in the garden. Waste wool, by the way, is the wool from the stomach, legs and other places that come off in small, usually dirty, chunks. Ā

The UK farmer posted pictures of his tomato plants with wool wrapped around the base of the plants. He did this mostly to keep weeds at bay and to keep moisture around the plant.

Overall in the sheep shearing industry, about 20 percent of all wool is considered āwaste.ā This leaves a lot of wool that canāt be used in making sweaters, blankets and other things.Ā

After doing some research, I decided: Iām all in! Like most mulch, wool is great at keeping weeds down and moisture in. Weeds are just not going to get through that wool.

Unlike other mulches, though, wool doesnāt break down nearly as fast. As an organic product, however, it will break down eventually.Ā

But an additional benefit of wool mulch is that it can keep the roots cooler in the summer and warmer as the weather turns cold. This could possibly extend your growing season!Ā

There are some other benefits to using wool as mulch, too:Ā

I have started using wool to line the bottom and sides of my pots in hopes that I wonāt have to water my flowers as much this summer. And Iāve gotten so excited about the use of wool in the garden I offered a local grower a bag of wool from my sheep to try out in his organic fields.

Don’t have wool sheep? You actually can buy commercially produced wool pellets and felted squares to use. I canāt guarantee that wool will have the wonderful manure and bits of hay that mine does, but I think it’s definitely worth a try.Ā

Ā If you want a more in-depth look at why wool in the garden is such a great idea, check out this article from the American Wool Association.Ā

3 Reasons To Use A Laddered Perch For Chickens