Hemp Gains Momentum; Should You Grow It?

More states let farmers grow industrial hemp, but many restrictions still exist. Ask yourself these questions if you're considering growing it. 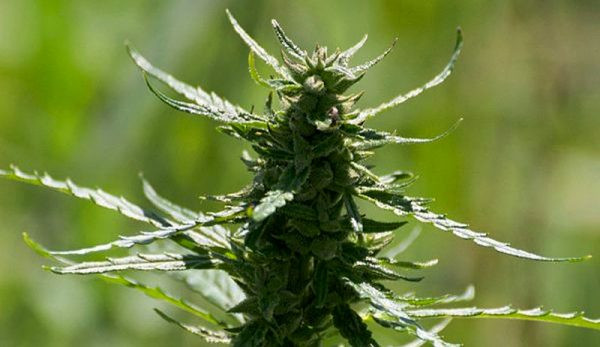 Editor’s note: This story was originally published in January 2016. Because laws and trends surrounding the growth of hemp have changed since then, we’ve comprehensively updated it.

Hemp has been called “the moral fiberā that literally built the United States. Hemp was the fabric of life, used in items as disparate as the U.S. Constitution itself and farmers’ overalls. Now that legislation is unraveling layers of a complex prohibition, industrial hemp in the U.S. is popular again. Aside from the medical marijuana market, Cannabis sativa feeds our need for self-reliance in the food, fiber and fuel markets. The suddenly booming market for cannabidiol, or CBD, illustrates the way hemp products are quickly gaining ground. If you want to try raising a stand of industrial hemp yourself, hereās what you need to consider.

Is Hemp Legal to Grow?

The short answer is no, unless you have a permit from your state. An amendment to the 2014 Farm Bill lets states run agricultural pilot programs via higher education institutions and state agriculture departments. It requires those entities to register sites growing hemp. The crops must maintain a concentration of the psychoactive compound tetrahydrocannabinol, or THC, of less than 0.3 percent on dry weight. Industrial hemp does not include marijuana grown for medicinal or recreational purposes, which is a controlled substance.

In 2018, the Farm Bill was revised to remove cannabis grown as industrial hemp from the list of Schedule I narcotics. The legality of growing it in all states is still being redefined by the U.S. Department of Agriculture, but one thing is certaināfarmers must file a plan with their respective state agencies before getting approval to grow hemp.

The USDA expects to have its regulations in place for the 2020 planting season. Until then, all states, tribes and higher education institutions must continue operating under the 2014 Farm Bill guidelines. That means that all hemp farming operations are still considered pilot programs.

For the latest updates on federal regulations, visit the USDAās Hemp Regulations website.

You need to know whether youāll get busted for growing, selling or possessing cannabis in your state. According to Vote Hemp, a lead political organization of the hemp industry, 41 states have “defined industrial hemp as distinct and removed barriers to its production,ā while 23 states grew hemp crops in 2018.

What Are Your Stateās Hemp Regulations?

āThereās a lot of rogue states right now, and a lot are not hemp-friendly at all,ā says Ben Pasley, chief operations officer of Laura’s Homestead Alternatives, home of Lauraās Homestead Alternatives (from the founder of Lauraās Lean Beef) in Winchester, Kentucky. While Kentucky is the trend-setter for organic hemp programs, industrial hemp just became legal in neighboring Ohio, which took more time to set strict regulations for sourcing and labeling.

Extractors and processors have been a limiting factor in ramping up pilot programs to a larger scale. States such as Tennessee, North Carolina and Kentucky, where tobacco had been a dominant crop, are heavily invested in hemp production. Pasley is a fifth-generation tobacco farmer who studied and worked in the legislative and policy office of the Kentucky governor before returning to Mt. Folly Farm.

āI revitalized all the tobacco infrastructure,ā he says, including overhauling equipment that had not been used in five years.

States where grain production is common have had an easier time adopting hemp as a new, old crop, with Montana and Colorado growing nearly 22,000 acres each in 2018. That same year, an estimated 78,176 acres were grown in the U.S., more than triple the amount from 2017. The U.S. has quickly become the top consumer market in the world for hemp products.

Can You Get a Permit?

Just because it is legal to grow it doesnāt mean you can plant seeds. Growers must obtain the required permits from federal and state agencies. The Drug Enforcement Agency places guidelines on its growth and can confiscate land if the crop is grown illegally. For example, in Kentucky, a grower must sign a memorandum of understanding with the Kentucky Department of Agriculture, which includes consent to allowing that agency to enter the site and conduct inspections. The state can decertify and deregister a site, and the producer must inform the KDA of any discussions relating to the sale of the products.

Cross-pollination could be an issue if your plot is near cannabis being grown for its THC content, whether legally or not. The wind could carry pollen over fences and roads to blend as nature intended, diversifying your cropās DNA while perplexing the DEA. Intentionally growing the plant for THC near a hemp plot would not be a wise move, because the cross-pollination could end up diluting the marijuanaās potency.

āPollen is the enemy of CBD,ā says Pasley, referring not only to the THC content but also the rigorous testing required for Mt. Folly Farm to maintain organic certification.

Law enforcement has its own concerns about how to correctly identify industrial hemp versus plants with a psychoactive THC level. Visual identification is not reliable, and test results are not immediate. Also, no standard protocol exists for selecting which plants to test and how often. Imagine police attempting something akin to random drug screening on thousands of acres. Who gets picked for testing, and when? These are some of the decisions that must occur on a local level.

What Do You Want From Hemp?

CBD is in the spotlight at the moment, but industrial hemp has far more potential. Choosing the right variety for your location is essential. So is understanding whether you’ll grow it for the stalk or the seed, to harvest the fiber or the oil. You might not have much choice over that if you receive seed from a university that has specific research goals.

Processing and extracting CBD oil from the plant is an expensive and potentially wasteful endeavor. Full spectrum CBD oil includes not just the most well-known compound, it incorporates an entourage of vitamins, essential fatty acids and about 100 other cannabinoids. A full spectrum product is more natural, less processed and potentially more effective than CBD isolate, which strips out all other beneficial compounds. Mt. Folly Farm educates customers on the entire process of extraction and puts the price of hemp processing into perspective. Each extraction line at the facility it uses can cost as much as $1 million.

On the fiber front, as an alternative to pesticide-laden cotton or foreign factory-made fabrics, hemp fibers can be combined with alpaca and sheep wool to make a distinct and sustainably grown material. Mike Lewis is a homegrown hemp hero. He runs Growing Warriors, an organization that empowers military veterans to grow food organically. He also collaborates with other small-scale farmers to try on new clothes, in a sense.

His community of small farmers created a hemp-fiber project, 2 acres that yielded fiber to create an American flag, dyed using colonial techniques. Could there be a more appropriate product for these warriors turned hemp farmers? Watch a video about The Kentucky Cloth Project above.

Lewis aims to find markets for his veteran farmers and to participate in a socially and environmentally responsible system. Three years ago, Lewis advised: “If youāre in it to make money, you may want to wait a few years until the market settles down. If youāre in it to learn, to make yourself a better person and connect to the land, go for it.ā

That prophecy has proven true. At least a few Kentucky farmers can to turn a profit with organically grown hemp. Butler Farms in Paris, Kentucky, is signing a deal with the ethically minded outdoor clothing company Patagonia. The clothing company will buy the fiber harvested from 15 acres, while another 20 acres will produce organic seedsāanother lucrative market.

Can Your Hemp Become Certified Organic?

With the surge in industrial hemp products on the market outpacing labeling regulations, itās a case of buyer beware. As a consumer, a good reason to ensure that the CBD you ingest is raised organically is twofold. First, itās well documented that plants grown in organic environments yield much higher nutritional values. Itās suspected the case is similar for hempāthat hemp grown organically yields stronger cannabinoid profiles. Second, hemp is known to have bioremediation characteristics, meaning it is very effective at absorbing what is in the soil. The plant has even been used in places such as Chernobyl, the site of a nuclear accident in 1986, to absorb toxins and rejuvenate the soil. Even a trace amount of pesticide residue accumulates and condenses to become a significant proportion of your daily CBD dose. Only the USDA Certified Organic label ensures a product has gone through the rigorous processes to ensure no pesticides, herbicides, or chemical fertilizers are used on the hemp or the fields where it grows.

After a public talk at a local foods co-op, Pasley points out a product on the shelf that is made in Tennessee, with a label saying it was organically grown. Pasley, however, says that Tennessee has not established organic certifications at this time. Kentucky might be the only state where USDA Certified Organic hemp is grown, but many expect that to change soon. Colorado, Tennessee and North Carolina are certifying hemp seed as organic, but not transplants, farms or processors. No extractor facilities are currently certified organic, but Kentucky is also working on that.

Lauraās Homestead Alternatives takes the value of transparency seriously. The company invests in product testing for any traces of synthetic chemicals. It spends around $600 per test. Reports for all its CBD and hemp products are available online. You can look up the lot number on your bottle and see exactly what was in the hemp harvested to make it.

Whether youāre a serious producer or an adventurous gardener, hemp requires some forethought. If you want to pay homage to traditional agricultural wisdom, participate in the fossil-fuel-free movement, or contribute to modern research, growing hemp makes a statement. If you are ready to try hemp on, here are some useful tools to help you decide whether it fits you: