Should You Vaccinate A Flock Of Backyard Chickens?

You can vaccinate your chickens against these three common diseases and, in tandem with proper biosecurity, protect them from unnecessary suffering. 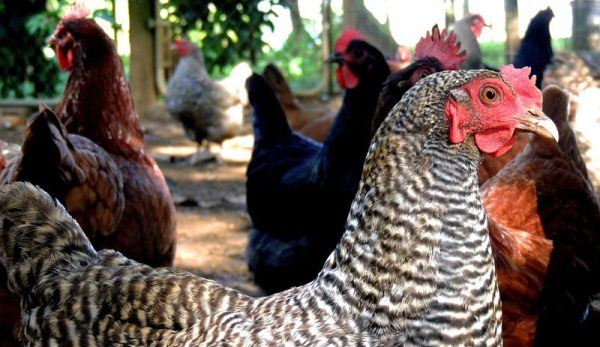 Vaccinating our chickens represents an outstanding example of disease prevention, if done correctly. That said, you need to understand what vaccines do and donāt do. Vaccines arenāt cure-alls!

To that point, chicken keepers need to have good biosecurity to reduce exposure to better protect the flock against disease.Ā

Big picture: In addition to biosecurity, consider vaccines if you live in affected areas and want an extra level of protection.

When you vaccinate, you essentially produce a mild form of the disease in order to elicit an immune response in your chickens. However, the vaccine strain is purposely a mild form as opposed to a virulent form that can cause disease and death. Note that vaccines donāt cause disease. (Note: mRNA and subunit vaccines work a little different than how more traditional vaccines work, which I just described.)

This has caused some people to become skeptical of their efficacy. Psychologically, we remember āvaccine failureā (i.e., we gave our chicken a Marekās disease vaccine and the chicken ended up contracting Marekās) versus all the times we had vaccinated birds that didnāt get Marekās.Ā

Vaccine failure can happen for several reasons. Improper storage/preparation of the vaccine could be to blame. So could mismatch between the vaccine strain and the strain to which the birds were exposed. (This is why pharmaceutical companies periodically have to, ever so slightly, change the vaccine to keep up with the latest-and-greatest version of the disease-causing agent.)

Vaccination in backyard poultry can be somewhat confusing and challenging. Many vaccines are available for commercial poultry that arenāt appropriate for backyard poultry.

For example, live vaccines against infectious bronchitis (IB) and infectious lagyngotracheitis (ILT) can actually ārevert to virulence.ā This would cause an outbreak of disease that can spread beyond the vaccinated flock.Ā

In addition, the potential for new variants can result from reassortants between wild-type and vaccine strains making it even more difficult to treat affected poultry. For these reasons, most poultry experts recommend against vaccinating against IB and ILT.

Itās only recommend that backyard-poultry enthusiasts use in order of importance, based on the prevalence of disease in backyard flocks.

The following is a brief summary of all three of these vaccines with a focus on when to use these vaccines in chicks and as young birds (up to 10 weeks of age).

Vaccination against Marekās constitutes a great example of successful disease control in veterinary medicine. However, because the virus is so prevalent in the environment (e.g., infection of chicks can occur almost immediately after hatching), the ideal times for vaccination is in-ovo (in the egg) administration on the 18th day of incubation or by subcutaneous administration at 1 day of age.

If you hatch your own eggs, the in-ovo vaccine isnāt an option. You won’t have the necessary machinery to vaccinate your chickens this way. Luckily vaccination at day 1 of age provides effective protection.

You can purchase the lyophilized herpes virus of turkey (HVT) vaccine at many feed-supply stores or online. Reconstitute the vaccine and give subcutaneously (aka underneath the skin) at 1 day of age.Ā

Unfortunately, the lyophilized HVT vaccine is the least effective of the Marekās vaccines because of when itās given relative to the in-ovo vaccine.

In addition, due to the neutralizing effect of maternal antibodies on HVT, this vaccine can prove ineffective in chicks. This depends on the vaccine status of the hen or in situations of severe Marekās field exposure.


Read more: It’s important to know the ailments that can affect your chickens.

The virulent forms of Newcastle disease (vND) are serious, highly conĀ­tagious and deadly in birds. In addition to biosecurity, consider vaccination against this disease, especially in geographical areas near affected flocks.

You can often find vaccines for the LaSota and B1 strains available in feed-supply stores. Just make sure theyāre licensed in the U.S.Ā

In addition, follow the instructions and/or consult a veterinarian. The best way to deliver the vaccine is via the eye-drop method. Also, know that the vaccines can produce some mild clinical signs, including a drop in egg production and mild respiratory signs.Ā

Vaccinations against vND often need to be given at least twice a year to remain efficacious after the initial vaccines at 18 days of age,
6 weeks and 12 weeks. Again, vaccination isnāt a substitute for good biosecurity, the best way to prevent your flock from getting infected from all infectious diseases including vND.

LaSota and B1 vaccines only protect against disease. This means that your vaccinated birds, if exposed, can be asymptomatic carriers. For this reason, if you take your chickens to poultry events, donāt vaccinate them against vND because you may asymptomatically spread vND!

Read more: What should you do when a chicken gets sick?

There are many different strains of avian pox. However, in North America the most common type of pox virus associated with poultry is dry pox. Mortality or death is uncommon. But the drop in egg production and/or the downgrading of the carcass due to skin lesions can deliver significant economic repercussions.Ā

The virus typically spreads in two ways. It can spread via mosquitoes, which get the virus from feeding on an infected bird and then feeding on other birds in the flock. It can also spread through contact from the scabs of an infected bird with an unaffected birds (i.e., interflock transmission).

Also, the virus can transferĀ on shoes, clothing, equipment and other fomites.

This is especially significant for operations with mixed-aged flocks. Susceptible younger birds are often placed with older birds in houses that havenāt been cleaned and disinfected.

If a flock is at riskābased on history of neighboring flocksāor if the flock has been previously affected by avian pox, vaccination should be considered in addition to mosquito control.

Vaccinate chickens via a wing-stick method, using a two-needle applicator. Examine vaccinated birds for āvaccination takesā (i.e., an area of swelling and scab formation at the injection site) 7 to 10 days after vaccination. You can vaccinate a flock of chickens starting at 1 day of age with some of the attenuated vaccines.

However, in most cases you can wait until 4 weeks of age. Give a booster 1 month before egg production starts.Ā

Vaccinate at-risk flocks annuallyāideally in the spring or summer, because the disease is more likely in the fall and winterāif pox has been demonstrated in the area. Use both the pigeon pox vaccine in combo with the fowl pox vaccine to achieve maximum coverage.Ā

Regardless of vaccination status, you absolutely need to follow good biosecurity practices. These include simple steps such as:

Vaccination for the diseases mentioned work best as part of a general strategy focused on protecting our birds from infectious diseases.Ā

Maurice Pitesky is a faculty member at University of California School of Veterinary Medicine-Cooperative Extension with an appointment in poultry health and food safety epidemiology. Dr. Pitesky earned his B.S. in biology from UCLA, and his DVM and MPVM from UC Davis. Pitesky is also boarded in Preventative Veterinary Medicine (DACVPM). Piteskyās research interests are focused in mapping of avian diseases, food safety epidemiology and in gaining a better understanding of small scale poultry production with respect to environmental sustainability, poultry health and food safety.