A favorite of poultry fanciers and known since ancient times, the distinctive silkie chicken breed has many odd and fascinating traits. 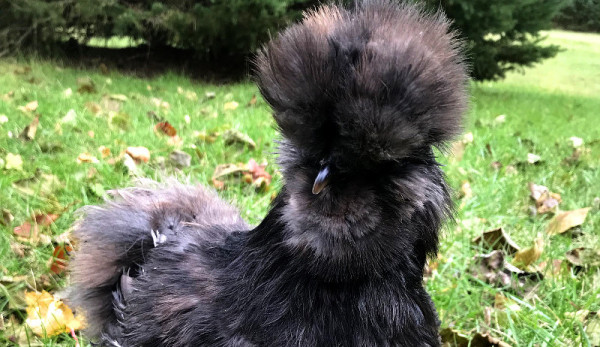 The silver twinkle coating our acreage and the intricate patterns of frost on the bedroom window panes this morning underscored a fact I’ve been trying to avoid. Not that winter is comingâ€”I reluctantly accepted that weeks ago and packed away my shorts and tank tops. No, the subfreezing weather drove home the reality that it’s time to move our Silkie flock to its winter home inside our pole barn.

Delicate balls of fluff, Silkie chickens are a visually stunning breed and a favorite of fanciers and hobby farmers alike. Their sweet dispositions and docile temperaments make them ideal pets, while their strong maternal instincts make them indispensable to breeders. Of all our breeds, Silkies are consistently our best sellers, in bearded and nonbearded varieties. They are also much beloved by our sons (and by me, too, I admit). Perhaps you already own a couple of Silkies. Perhaps you’re toying with the idea of adding them to your flock. Here are five facts about these unusual chickens that might persuade you to love them.

1. They’re Black To The Bone

You’ve heard of dark meat in a chicken. Silkies take that to the extreme: Their skin, flesh and bones are black. This distinctive coloration is from very high levels of melanin, although some Silkies exhibit dark mulberry combs and wattles because of a lesser degree of pigmentation. All Silkies, however, have one dermal feature that is neither black nor mulberry: their earlobes, which are electric blue in color.

Like most bird species, chickens have feet with four toes, three in the front and one in the back. Silkies take this one number further: They have five toes on each foot for a total of 10 toes. This fifth toe, located alongside the back toe, is considered an accessory digit although it usually is longer than the fourth toe.

3. They Have Fluffball Feathering

The most distinctive feature of the Silkie is the soft, fuzzy feathering that gives the breed its name. Silkie feathers are downy in nature because of the absence of barbicels. Barbicels are tiny hooklets that hold together a feather’s filamentlike strands. Without barbicels, these strands float freely instead of staying tidily aligned along the shaft, creating the Silkie’s puffball appearance. While fluffiness is a crucial component of the breed’s appeal, it also severely curtails the Silkie’s ability to fly, limiting air time to very short hops. This fluffiness also makes the Silkie extremely susceptible to cold, as its wispy plumage cannot act as an insulator to retain body heat.

4. One Size Fits All Continents

The term “Silkie” is frequently connected to the word “Bantam,” appearing in articles, catalogs, and other publications as “Silkie Bantam.” Even the chicken’s national breed group, the American Silkie Bantam Club, pairs the two words. This causes confusion among some U.S.-based poultry keepers, who spend time and effort trying to track down large-fowl Silkies. There’s further confusion because large-fowl Silkie breeders do indeed exist in the United Kingdom. Don’t start envisioning fluffballs the size of English Orpingtons roaming around your yard, however. What the U.K. considers to be a standard-size bird, the U.S calls a bantam. That’s right: The American Silkie and the U.K. Silkie are the same bird, which as an adult weighs about two pounds.

5. They’ve Been Prized For Centuries

Explorer Marco Polo documented many amazing sights during his 13th-century travels in Asia, but one in particular stands out: a furry chicken with black skin. While the Silkie’s country of origin is unknown, China is usually credited with developing this distinct chicken. The Silkie has certainly been highly prized there for centuries, given to women as a restorative immediately after childbirth and considered to have almost mystical medicinal value. Belief in its curative powers has not dimmed over the ages: A web search for “wu gu ji” (Chinese for black-boned chicken) yields dozens of recipes for herbal soups. In other parts of Asia, the Silkie is considered a delicacy. In fact, it’s been the secret ingredient on several episodes of the Food Network television series, Iron Chef.

It didn’t take me long to ferry our Silkie flock from its summer coop to its winter pen, although Valeriya squawked in protest (I took her off a freshly laid egg). Within moments, our little fluffballs were busy digging through the fresh litter or claiming their favorite perches, content and safe from the snow until spring comes around again.