16 Chicken Idioms To Make You Smile

Online meetings and daily interactions starting to get boring? Drop one of these chicken idioms to add some flair to your conversation! 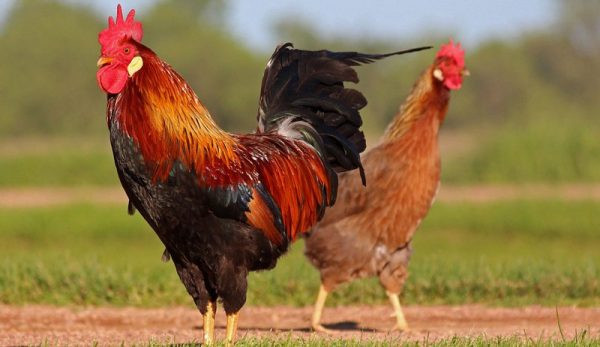 Have you ever been accused of running around like a chicken with its head cut off? Been advised not to count your chicks before they hatch? Counseled not to put all your eggs in one basket … literally and figuratively?

Chicken idioms and poultry adages have been part of the English language for ages. Think you know them all? Well, our list of chicken idioms and sayings will give you something to crow about!

Check out these 5 pig-related sayings for a quick chuckle!

Ever see the marks that scratching chickens leave in the dirt? Here’s hoping your handwriting looks nothing like that … even if you are in the medical profession.

I really don’t check in with all my children at 10 p.m. Or check how long their nails are. Or check the levels of their shampoo and toothpaste. Really!

To Make Omelets, You Have to Break Some Eggs

Plain and simple: You aren’t going to reach your goal without putting in some effort. Especially if your goal is making omelets for dinner.

To Lay an Egg

Utter failure. If humans laid eggs, our species wouldn’t be around for too long. A hen can also lay an egg … if it’s a wind egg.

Ever see a rooster who’s been taught a lesson or two by the hens in his coop? He treads very carefully and does anything to keep those girls happy. That doesn’t seem so terribly bad….

Learn all about the politics of your flock’s pecking order.

As Scarce as Hen’s Teeth

In case you’ve never looked in a layer’s mouth, no, hens don’t have teeth. That’s why they’re rare.

Fox in the Henhouse

A disastrous combination, as I can attest to firsthand. Do whatever you can to avoid bringing someoneâ€”or somethingâ€”dangerous into your house

Our Claude Orpington always flies his coop. Fortunately, he always finds his way back in at dusk. My oldest sons have flown the coop, too. They find their way back, too, although not as often as Claude does.

Madder Than a Wet Hen

Back when we participated in poultry exhibitions, we would wash our show birds in sudsy water in an old-fashioned metal washtub. Yep, they sure were angry.

Those fluffy chicken bottoms sure are cute, shaking from side to side as hens. Get moving … but not necessarily as wobbly.

We all have that oversensitive friend or relative around whom we have to tread lightly so as not to set them off. They might not break like eggshells, but the peace between you just might.

Do not say this to an oversensitive friend or relative. Or to me, for that matter!

Egg on Your Face

It’s rather embarrassing to be caught with yolk dripping down your chin. Almost as embarrassing as being caught in a lie.

Who Rules the Roost?

Just because a rooster is a roost-er does not mean he rules the roost. He might, he might not. Feel free to discuss this with your significant other.

They have a putrid smell, an ominously mottled look, and are something we just don’t want to find in a nest or in our kitchen. The same goes for anyone who is a bad egg.

Try working some of these chicken idioms into your daily speechâ€”they make egg-cellent conversation enhancers!