If you’re a fan of oversized burritos or have any sort of opinion on GMO food labeling, you’ve likely heard the big news this week from fast-food chain Chipotle: They’re going GMO-free. Chipotle has been on a long journey to appeal the green foodie through its “Food With Integrity” motto. It has made a […] 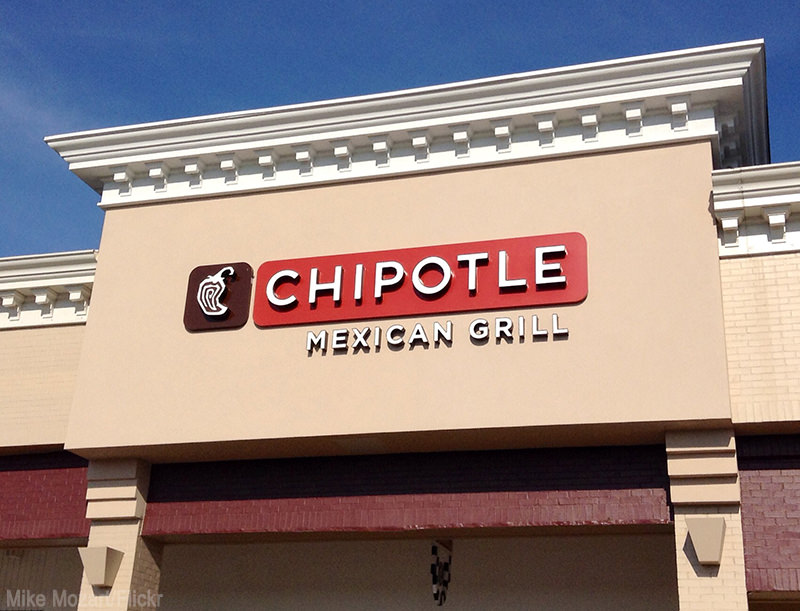 If you’re a fan of oversized burritos or have any sort of opinion on GMO food labeling, you’ve likely heard the big news this week from fast-food chain Chipotle: They’re going GMO-free.

Chipotle has been on a long journey to appeal the green foodie through its “Food With Integrity” motto. It has made a commitment to humane meat production, prioritizing farms that raise animals with adequate space and use antibiotics judiciously. In 2013, it became the first national restaurant chain to voluntarily disclose which of their foods contain genetically modified ingredients. Now, in an effort to “be a place where people can eat food with non-GMO ingredients” they’re swapping out their GM-corn flour for a non-GM variety and replacing genetically modified soybean oil with sunflower seed oil and rice bran oil.

This big change by a major player in the fast-food market is being viewed by some as a win. Chipotle’s decision surely has brought the GMO debate to the limelight—and how could any organic supporter not find that pretty cool? However, to some, the move smells too much of a PR ploy. To quell both the idealist and the cynics on this matter, we want to address some of the biggest skepticisms.

1. GMOs Are Still Lurking at Chipotle

As Gregory Jaffe, director of biotechnology at the Center for Science in the Public Interest, mentions in an article on Live Science, you can’t walk into Chipotle and eat with abandon, thinking that you’re doing sustainable farming a favor. Chipotle will still be selling sodas, which are made with GM ingredients, such as high-fructose corn syrup—though as a conscious consumer, you were probably already well-aware of that. Not as well-known, though, is the fact many of the animals used for meat are eating GM feed, but if you ask me, that’s pointing to a much bigger discussion we need to have about our food system at-large.

GMO or not, all food is subject to food-safety guidelines set forth by the federal government and its regulating agencies. So, no, the GM-flour tortillas didn’t send you running to the hospital and neither will the non-GM tortillas. (Likewise, if made in unsafe conditions, each one has the potential to.) The bigger issue is the transparency (or lack thereof) in the GM industry, according to Marion Nestle, a food systems advocate and professor of in the Department of Nutrition, Food Studies, and Public Health at New York University. Nestle writes in her “Food Politics” blog: The GM industry has fought labeling since 1994 when the FDA first approved GM foods for production. Even then, there was plenty of evidence that the public wanted these foods labeled. But the industry is still pouring million of dollars into fighting labeling initiatives.”

Despite the argument that science deems genetic modification as safe technology, the reality is that not all scientists and health professionals agree. The first genetically modified foods were introduced to consumers in the early 90s, and research is still being done to show the effects on public and environmental health. However, recent reports do point to detrimental long-term effects of conventional farming practices used to cultivate GM crops, such as the World Health Organization’s report showing link between the herbicide glyphosate and cancer.

Um, of course it is. The fact that businesses are constantly doing new and outlandish things to drum up business is not news. I don’t hear anyone complaining about the Dairy Queen Blizzard (a marketing ploy from 1985). The reality is, Chipotle has been at work to clean up their food for quite awhile now, probably because there’s market demand for it, but hopefully, also because they want to participate in a food system that encourages healthy environmental, agricultural and economic practices.

So what do you think: Do you support the decision of Chipotle to make their nearly 1,000-calorie burrito GMO-free?