The Skin Disease You Can Get From Roses

This fungus found on roses, in straw and under conifers can cause painful skin ulcerations, so it’s something to be aware of. 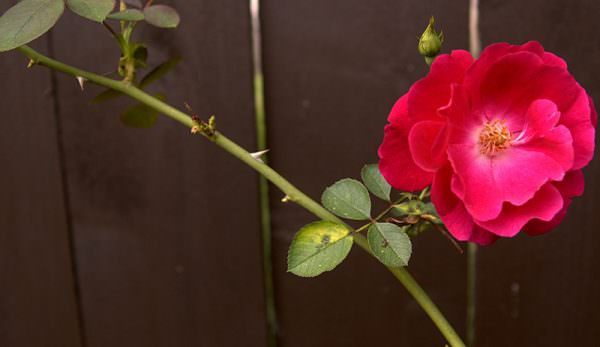 Most gardeners have had a few run-ins with some of the thornier members of the plant kingdom. I know I have certainly had my share of struggles with roses and thorny wild plums. When the roses aren’t blooming or fruiting, it can be hard to remember why I bother growing them at all.

Usually when a plant shocks me with its defenses, I grab the tweezers, pull out the offending sliver, rinse, disinfect, and don’t think much of it. I’m young with an immune system that has benefitted from a lot of time spent outdoors, and I’m up-to-date on vaccines against bacteria like Clostridium tetani, which causes tetanus. However, not all potential dangers in the garden are bacterial.

The so-called “rose gardener’s disease,” aka sporotrichosis, is a fungal infection caused by Sporothrix schenckii and usually attacks the skin. (See a picture of it here.) It manifests in a chain of ulcers that can be difficult to diagnose as being caused by a fungus, but are usually very treatable with heat and medication.

S. schenckii spores can be found on rose thorns (hence the name), in sphagnum moss, under pines and other conifers, and in straw, to name a few places. Although the disease is rare, outbreaks can occur among workers in agriculture or horticulture or among gardeners. From 2000 to 2003 there was an outbreak in Western Australia, which was connected to moldy hay.

While there is no reason to be afraid of sporotrichosis, it’s good to be aware of it. Gardening and farming are lifestyles and occupations that have a unique profile of occupational risks, and unfortunately, contact with some nastier species of fungi is one of many of such risks. Wearing appropriate sleeves and gloves can go a long way toward preventing cuts and scrapes, but even in the case of an infection like this, the best armor is knowledge.